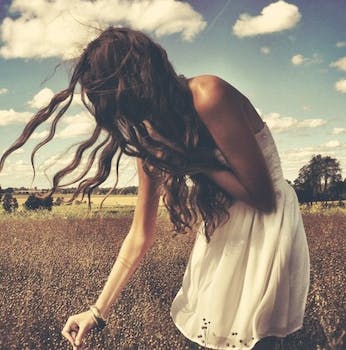 Tuana Aziz, a commercial photographer from Sweden, shared a screengrab Monday of a shirt being sold by Mango.

The shirt in question appears to have been pulled from Mango’s store after Aziz tagged Mango in the screenshot he shared on Instagram. He told Instagramers, a website devoted to the photo-sharing community, he was “really upset.” He added, “I don’t know what to do.” 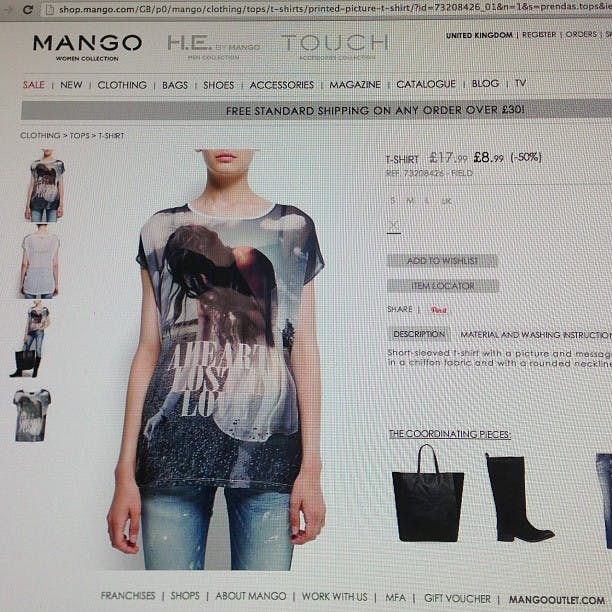 Aziz also called out Mango on Twitter, where one man tweeted him back, stating that the apparent copyright infringement was the fault of a freelance designer.

Aziz originally shared the photo in August 2011, and he made it his Instagram profile picture last February. It appears to be part of a collection Aziz titled “The Last Princess,” through which he hoped to convey an “adventurous, magical and natural feeling.” Aziz stumbled across the shirt when visiting a store in Sweden, according to Instagramers, and found it on the brand’s online store later.

This isn’t the first time social media has intervened in cases of apparent copyright infringement.

Last April, a photographer accused Vogue Spain of lifting his photos and posting them on its own Instagram account. More recently, a court ruled in a professional photographer’s favor after Agence France-Presse took photos of his from Twitter and distributed some of the images to photo agency Getty Images without his permission. Moreover, more than 100,000 Regretsy fans helped protest against H&M’s use of Tori LeConsay’s street art.

It remains to be seen whether Aziz plans to take legal action.