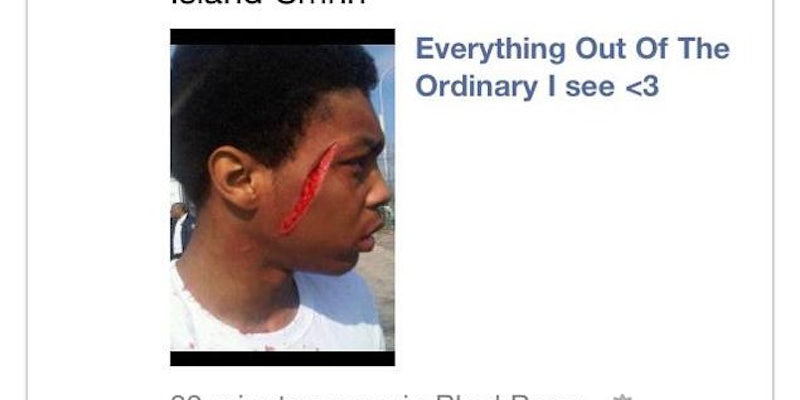 A man is suing the New York City Department of Correction and a corrections officer who posted a "humiliating" photo of the man's knife wound on Facebook.

A random act of violence left 20-year-old New Yorker Chad Seegars with a vicious gash running across his right cheek. But the trauma was only amplified after the attack, when a corrections officer uploaded a photo of the wound to Facebook for hundreds of strangers to gawk at, according to a lawsuit filed Monday.

Seegars was in the jail’s visitor’s center on Feb. 10, 2012, when he was grabbed from behind and slashed. The cut left a gaping, eight-inch gash running from his lower right jaw past his eye and required 90 stitches to be closed up–but not before an unnamed corrections officer snapped a photograph.

“The Things That Happens On The Island Smhh [shaking my head hard]” the officer wrote as a caption on Facebook.

Seegars’ mother was horrified. She told the New York Daily News: “I was devastated. My son’s face was split open like a pear.”