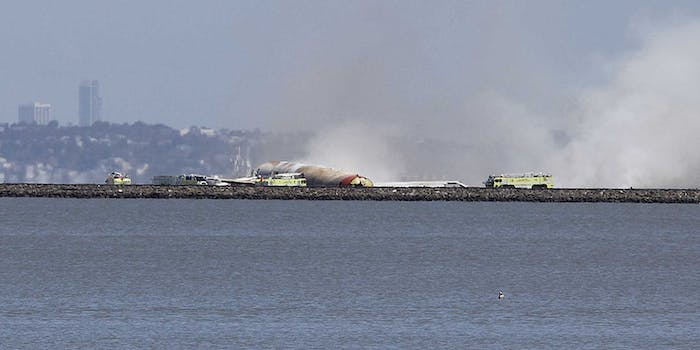 The station has sacked those responsible for allowing fake, racist names to be read on air during a report on the Asiana Airlines crash.

At least three producers have been fired by San Francisco Fox affiliate KTVU as a result of the on-air racial gaffe that incorrectly identified the pilots of the Asiana Flight 214 crash.

The racially insensitive error resulted in immediate backlash for the news station, chief among them a statement by the Asian American Journalist Association denounced KTVU for their lack of journalistic integrity and an announcement by Asiana Airlines promising legal retribution. Things were made worse for KTVU when it was revealed earlier this week that Cox Communications—the station’s parent company—was using copyright claims to have videos of the damaging footage removed from YouTube.

The consequence of the insensitive gaffe did not end there. On Wednesday night, San Francisco-based media blogger Richard Lieberman reported on his site that three producers had been fired as a result. Among them were investigative Roland DeWolk, special projects producer Cristina Gastelu, and producer Brad Belstock. The report was later confirmed by KTVU General Manager Tom Raponi.

“Consistent with our apology, we are carrying through with our responsibility to minimize the thoughtless repetition of the video by others,” he told Lieberman.

The firings—according to three independent sources who confirmed them—stemmed from an internal investigation. Of the three terminated employees, Belstock wasn’t part of the noon broadcast team, but was sacked for tweeting “Oh Sh*t.” soon after the segment had aired. The tweet, which has since been deleted along with Belstock’s Twitter account, was in violation of the station’s social media policy.

As for the source of the fake and racist names, the San Francisco Chronicle reported that they were emailed to the station from “an expert source who had provided information to the station in the past.”