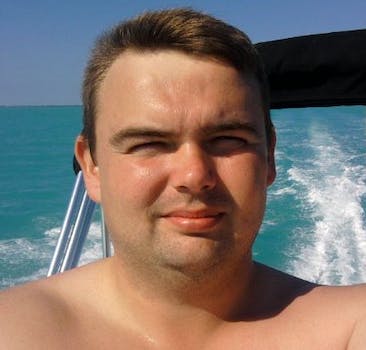 Keith Ratliff, 32, a business partner in the hugely popular gun-themed YouTube show FPSRussia, was found shot to death in his Georgia home.

The business manager of one of the most popular YouTube channels was found dead last week in his adopted hometown of Carnesville, Ga.

Franklin County sheriff Stevie Thomas told local media Monday that the body of Keith Ratliff was discovered Thursday evening on Hayes Road in Carnesville, a town roughly 80 miles northeast of Atlanta. The 32-year-old has run the popular guns and firearms YouTube channel FPSRussia with Kyle Lamar Myers since April 2010. In that time, he helped the channel accrue a viewership of more than 3.4 million subscribers,.

According to Thomas, the death is being treated as a homicide unless an investigation proves otherwise. Ratliff’s body has been taken to the Georgia Bureau Investigation Crime Lab in Atlanta for an autopsy.

A source who worked with Ratliff told the Daily Dot that Ratliff died of a gunshot wound to the head.

Ratliff’s onscreen presence was nonexistent on FPSRussia channel, but he and Myers were the two proprietors behind FPS Industries Global LLC, a company focused on product development and testing for hard use firearms shooters. According to company manager Kitty Wandel, who spoke with Guns.com, Ratliff was responsible for finding the “hard-to-find” weapons that Myers used on the show.

The Atlanta Journal-Constitution reports that Ratliff once wrote, “After a life of loving firearms and computers, I have combined both into one great new business that offers both viral marketing and quality firearms in one place.”

Myers, who stars in FPSRussia’s videos as “Dmitri Potapoff” and operates the channel’s @TheFPShow Twitter account, has yet to release any public statement on Ratliff’s death, though he has shown activity on the account. The channel has not released any new episodes since premiering a feature on the DRD Paratus-18 “Suit Case Gun” on the day of Ratliff’s death.