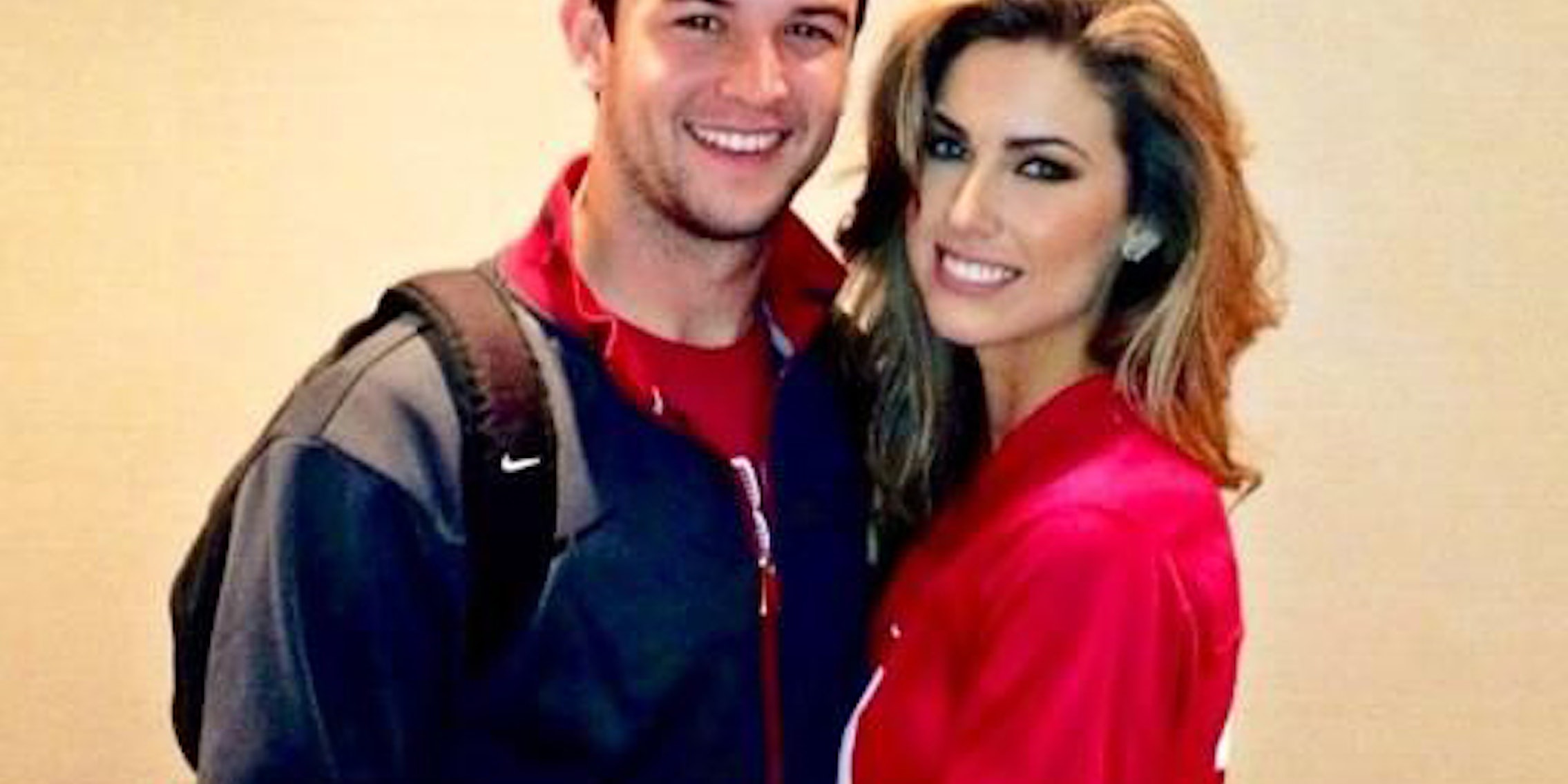 That was likely helped in large part by ESPN commentator Brent Musburger’s panting description of Webb, along with McCarron’s mother, as the camera lingered on them in the stands:

You see that lovely lady there? […] That’s AJ McCarron’s girlfriend. Right there on the right is Dee Dee Bonner, that’s AJ’s mom. Wow, I’m telling you, you quarterbacks, you get all the good-looking women. What a beautiful woman. Whoa! You’re a youngster at Alabama, start getting the football out and throwing around the backyard with Pops.

Reports vary about exactly how many followers Webb had before the game. Several reports put her at about 2,000, though the metrics at TwitterCounter.com are drastically different, and say she had almost 74,000 followers on Sunday. Regardless, she’s up to 133,000 as of Monday morning.

Regardless of how big her jump was, the night that McCarron became the first quarterback to ever win back-to-back BCS championships was the night his girlfriend passed him on Twitter: He’s at just over 98,000 followers.