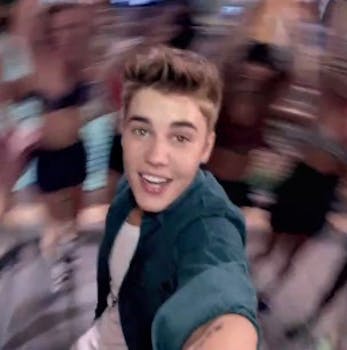 The Canadian pop prince is now the most-followed person on Twitter, with more than 33,327,313 followers.

You’d better belieb it: Justin Bieber is now the most popular person on Twitter.

His army, nay, empire of devoted fans couldn’t stop PSY from overtaking him in the race to a billion YouTube views, but they have managed to push his follower count beyond Lady Gaga’s.

Bieber now has 33,327,313 followers to Gaga’s 33,324,368. Gaga became Twitter’s most followed person in August 2010, when she surpassed Britney Spears. Bieber and Gaga jostled for the top spot Monday night as follower counts fluctuated, but at 11:32pm ET, here’s how their follower counts stood: 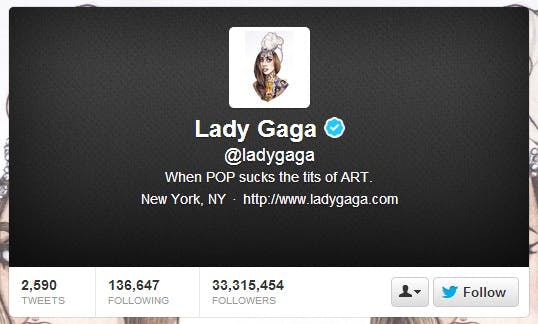 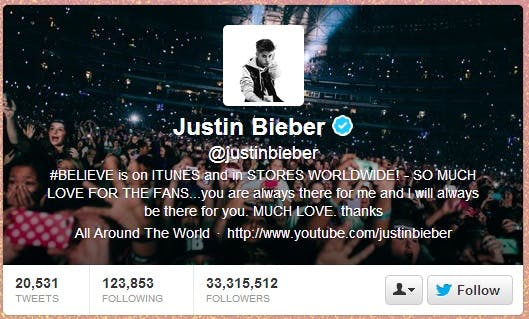 And Bieber has clearly only pulled further into the lead this morning. As you may expect, Beliebers and Little Monsters both urged other tweeters to do follow their respective favorite stars to boost their numbers over the last few days, or even to unfollow their rival, as the deftly coiffed Canadian steadily gained on Mama Monster. This is all terribly important because such numbers are obviously a clear metric for someone’s worth to global society.

As they pop superstars drew neck-and-neck, there was at first trepidation: 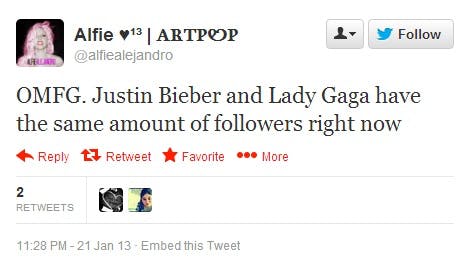 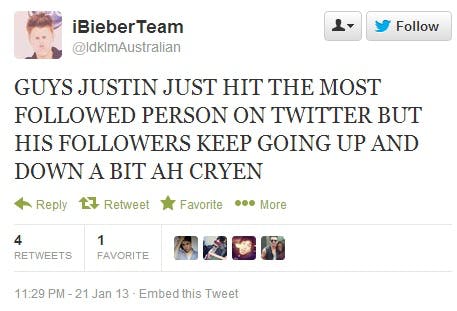 For the record, it doesn’t look like Gaga will be too upset. 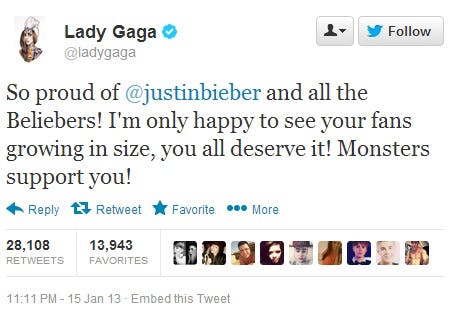 Bieber was at the center of a Twitter firestorm earlier in the month, when a 4chan prank led many to believe that his fans were self-harming and tweeting photos of the deed in a bid to get him to stop smoking marijuana. Conversely, 4chan also attempted to get Bieber adorers to try pot themselves.

Meanwhile, over the weekend, a shot of Bieber’s bare backside landed 100,000 likes on Instagram before he deleted. Must feel good to be king, even if it means making an ass of yourself.