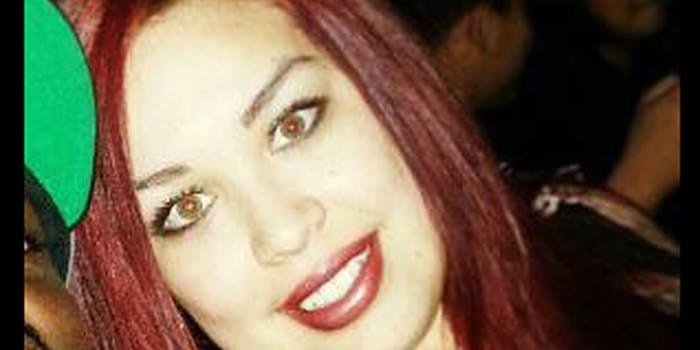 Woman fired after calling job “a joke” on Facebook

Jessica Bibbs isn't the first, and she certainly won't be the last.

Jessica Bibbs isn’t the first, and she certainly won’t be the last.

The Phoenix woman was fired for a posting Facebook status she posted after she wasn’t awarded a promotion. Bibbs criticized her job, at a physical therapy office, as a “joke.” Then she incorrectly used a hashtag and called her coworkers fake, all in one fell swoop.

She wrote: “This place is a joke!!! I wonder if I passed up a good opportunity by being at this place. I absolutely hate fake and lazy ppl!!! Ugh, the ones who actually work are the ones to blame??? WTF? #TwistedMinds.”

Her boss caught wind, of course—Bibbs is friends with several of her coworkers on Facebook—and she was fired from her job.

“For them to tell me that they’re firing me over expressing my feelings on my Facebook, which is private, I don’t find that fair at all,” Bibbs said to KTVK-TV. “I was very upset.”

A representative from her employer said Bibbs wasn’t just fired for the posting but for a culmination of other things, including unprofessional behavior with her coworkers. Incidentally, Bibbs was named “Employee of the Month” for January.

Thinking she was safe since her Facebook account is private and Bibbs didn’t name her workplace, she is claiming wrongful termination. However, Stephanie Fierro, a lawyer who specializes in social media, said Bibbs might not have a case since complaining on site like Facebook gives employers a strong reason to fire someone.

“If it’s personal griping, complaints, if it would otherwise be illegal, harassment, disclosure of trade secrets, anything like that then they [your employer] may have the right to fire you for it,” said Fierro to 3TV.

And not naming where you work doesn’t shield you from the consequences either.

“If they can trace it back to you and they know you’re their employee, then it’s less about their reputation and more about the conduct itself,” said Fierro.

Bibbs said she only partially regrets her Facebook rant.

“I do and I don’t,” she said. “I do because it got me fired. I don’t because I feel like those were my feelings. I didn’t mention a company’s name or any employees’ names.”