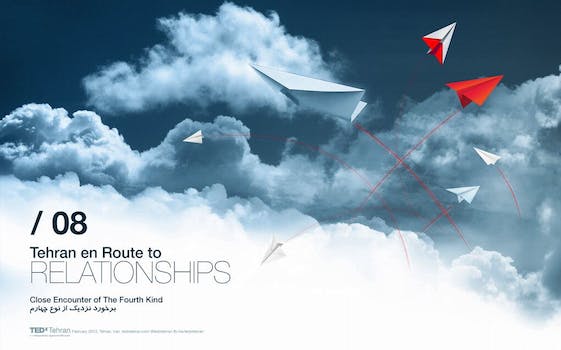 Although TED has gone many places, the Islamist republic of Iran had been terra incognita until Feb. 14.

The TED conferences have made their way to an unlikely destination, Tehran, the capital of Iran.

The conferences and their TED Talks have grown quite famous in the last few years, both for popularizing discussion of science, technology, and the humanities in an exciting way and for garnering criticism for glorifying silly ideas and censoring harsh ones.

Although TED has gone many places, the Islamist republic of Iran, considered by many to be one of the most repressive regimes in the world online and off, had been terra incognita until Feb. 14. TEDxTehran proved to be a sold-out event at the AmirKabir University of Technology. (The “x” indicates an independently organized event under the TED guidelines.)

“With much…mixed press coverage about Iran, what can Iranians showcase?” asked the organizers on the TED blog. “What ‘good thoughts, good words and good deeds’ are taking place in present day Tehran and Iran? Who are the deep thinkers and leaders, from all different fields, from the sciences to the arts to business, with creative and stimulating ideas worth spreading?”

The Washington Post’s Jason Rezaian wrote that the majority of the attendants were Iranian, “but a surprising number were Iranians living abroad, some of whom had come to town just to attend the event. And quite a few of those were  Iranian-Americans.”

The speakers included included bioscientists, entrepreneurs, and investors, a painter and scientists, and all of whom were Iranian, some expatriate. The message of cartoonist and animator Bahram Azimi’s funny, surprising talk was, according to Rezaian, “Go for your hopes and dreams, but make those goals realistic and attainable.”

Given how repressive the Iranian regime is, to the point where they have launched their own “halal” Internet, some may ask what the point of a TED conference in that country could be, especially given that the speakers “stayed within all the rules and regulations of the Islamic Republic,” according to Rezaian.

The intent, wrote the organizers, was to “provide… an opportunity for Iranians to exchange ideas…within their ever growing metropolis capital of 15 million” and “to bring together great minds from outside Iran for networking, dialogue and synergy of new ideas.”

How well that can be done when those minds must accord to a set of very limiting strictures is uncertain. But this may be one of those cases where the mere experience of dialog is lending the regime the imprimatur of TED.