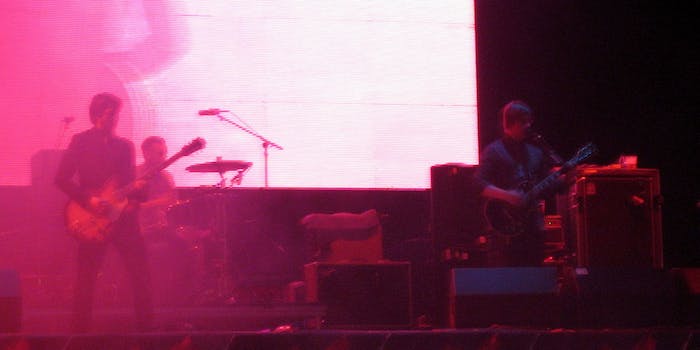 The weather in Buffalo is insane right now.

Buffalo, N.Y., is currently buried under six feet of snow. Drivers on highway I-90 have been stuck there for more than a day. One unlucky vehicle is the tour bus of the band Interpol, which has been on the road for 40 hours and stuck in snow for 30. The band had to cancel a show in Toronto. They’re bored, immobilized, and tweeting incessantly:

Earlier, they thought things were looking up…

It had been a long day.

On our way to Toronto – doesn’t look promising pic.twitter.com/6e7OfsJcPF

#interpol #snowed in for the night! pic.twitter.com/DgKd1QXDsT

Photo via monkeyatlarge/Flickr (CC BY 2.0)