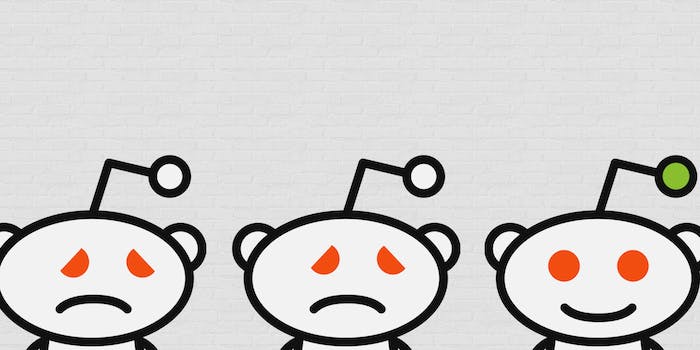 Imgur links dominate Reddit’s photo-heavy front page, and now they’re starting to take over forums where Quickmeme once ruled. In other words, just about every link on the Reddit homepage will soon head straight to Imgur.

That raises an obvious question: Why even use Reddit anymore?

Imgur was launched in 2009 by redditor MrGrim, aka Alan Schaaf. Thanks to a simple interface and lightning-fast load time, the site capitalized on redditors’ fondness for eye candy (and especially photographic copyright theft) and found huge success. It now rakes in 80 million unique visitors and 4 billion page views every month, more than Reddit itself.

The Reddit community is staunchly loyal to it. When a blogger called out Imgur for its spotty enforcement of obvious copyright violations a few years ago, redditors responded by taking a screengrab of the essay and uploading it to Imgur, where it was, of course, not removed.

With the demise of Quickmeme, Imgur can finally move into the one image-sharing niche it’s failed to dominate.

As user-generated content, image macros require some basic on-site software to work. In a blog post announcing the new service, Schaaf hinted the company had been working on the project for months, but the Quickmeme ban forced his hand, as redditors wallowed in a meme-making limbo.

“Our community made it clear that this had to be done as quickly as possible, so we committed to doing whatever it took,” Schaaf wrote in a blog post.

There’s actually been a long-running joke among redditors that the massively popular social news site is little more than a front-end to Imgur. In other words, Reddit’s forums are just a convenient way to browse all the content on Imgur’s servers.

Meanwhile, Imgur has slowly been taking steps to make its site more focused on community, including an overhaul of the comments system that uses a smarter and almost Reddit-like algorithm to feature the best comments from users. In October of last year, Schaaf and his crew launched a reputation system, a way to reward users for submitting quality content—a lot like Reddit’s karma.

Now that Imgur is set to take over the meme-generation biz, one wonders if Schaaf is thinking of other ways to start pulling people from Reddit’s front page to his.

What, after all, is the difference?