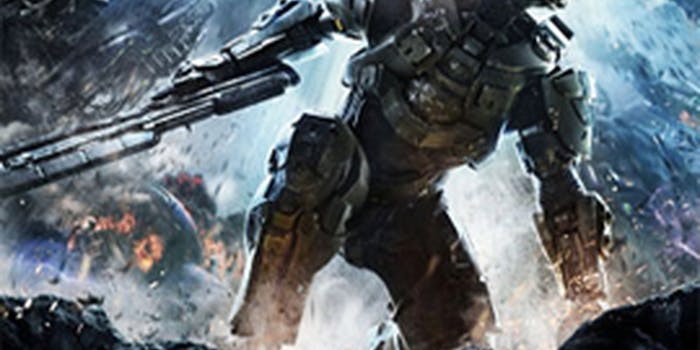 For the creators of Halo 4 to state that such behavior will have direct consequences—and to do so before the game’s release—sets a hugely important precedent.

It’s been a rough year for women in gaming.

From the backlash against Bioware’s Jennifer Hepler after voicing her thoughts about gameplay and the verbal attacks on a female player by one of her own teammates during a live Cross Assault demo to the raping of Laura Croft so you’ll “want to protect her” and the death threats critic Anita Sarkeesian received for her Kickstarter project analyzing misogyny in gaming, the community has encountered sexism seemingly around every corner.

Yesterday, one major game franchise announced it had finally reached the breaking point.

In an interview with Gamespot, two of the most prominent women in the industry revealed that next week’s long-awaited release of Halo 4 would not be for everyone: sexists will not be welcome on Microsoft’s servers.

“This is behaviour that is offensive and completely unacceptable,” Microsoft’s 343 Industries Executive Bonnie Ross told Gamespot. “I’d like to think most of our Xbox Live players don’t support this kind of behaviour.”

Ross, along with Halo 4’s executive producer Kiki Wolfkill, told the gaming site that they would be adopting a “zero tolerance” policy for sexism on Halo 4’s servers. “Sexist or discriminatory comments against others” will earn players a lifetime ban from the game.

“It can be dangerous to give adolescents a broadcast mechanism,” Wolfkill told Gamespot. The two went on to place the ultimate responsibility for stamping out gaming culture sexism squarely on the shoulders of game developers.

Coming from two prominent executives in an industry that often silences its female developers and denigrates female players, this statement is a crucial one. Halo 4 is one of this year’s most anticipated console games, and Microsoft has funneled more money into its development than any other game in its history.

So far, though discussions of misogyny in games and gaming culture have polarized the online gaming community, it’s been rare for companies themselves to directly address the issue. For the creators of Halo 4 to state that such behavior will have direct consequences—and to do so before the game’s release—sets a hugely important precedent.

Comments on the Gamespot interview are full of variants on the typical “just don’t feed the trolls” response. Gaming maven Felicia Day recently told the Dot that she finds that excuse problematic:

“I worry about pockets of the Internet that kids isolate themselves to that might make them think this is acceptable. And cool. It’s not, and allowing them to bully people by “not feeding the trolls” might make the situation worse in the long term. It’s very tricky and not fun to be the focus of it, believe me.”

But many players think combating sexism in-game is a waste of time. “Let’s face it – online public multiplayer will always be full of selections of whiny children, numpties spouting obscenities and those who put everyone on mute before a match and don’t go near a headset,” commented TheDynamicDC at Eurogamer. “You either make the decision to subject yourself to these idiots that are online, or you spare yourself ten seconds of your time and hit mute.”

“So it’s the victims of racism and sexism who should be proactive and the assholes should carry on like normal?” responded user Zaiz. “Everyone should feel comfortable in voice chat.”

While that may seem like a lofty goal to some, the makers of Halo 4 are evidently willing to work to make it happen.