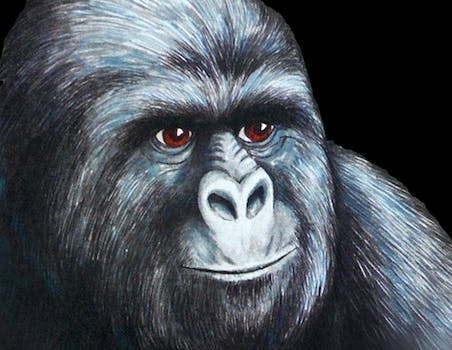 The five major Internet service providers participating in the Copyright Alert System (CAS) haven’t done a whole lot to publicize it. So a hacker group called NullCrew tried to change that by altering Time Warner’s support page to feature a cartoon gorilla.

The ape is straight from that “rustled my jimmies” meme made popular on 4chan—in other words, it’s a way of taunting Time Warner.

“We hacked Time Warner Cable, due to them attempting to participate in the six strikes,” the hacker group tweeted.

“Six strikes” is a common nickname for the CAS, a new system designed to inform users up to six times that they’re pirating copyrighted files. It’s drawn particular ire for the fifth and sixth alert, which tend to hamper users’ service. For Time Warner users, that means having their browser “locked”—it’s unclear exactly how that will work—until they call the company to have a chat about copyright.

It’s unclear exactly how long the hack lasted, but NullCrew announced it just after midnight Wednesday, was still hacked after 5:00am, and was back to normal by about 8:00am.

Considering the hack probably wasn’t seen by too many customers, maybe Time Warner should thank NullCrew. After all, it revealed a major, easily fixable security flaw in their site administration: According to NullCrew’s archive of the hack, one of Time Warner’s admin passwords was the default “changeme.”