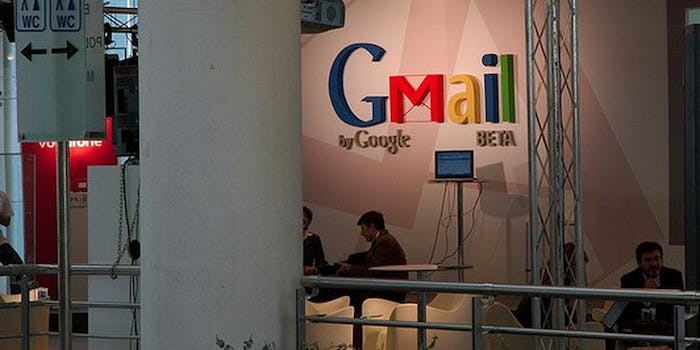 This is the one guy with a legit complaint about the great (but shortlived) Gmail outage.

After Gmail crashed today, many users took to Twitter to gripe about the momentary inconvenience. In all, they couldn’t access spammy retail offers in their email for a grand total of three minutes.

But no one had a worse afternoon than David Peck, whose Hotmail account was inundated with thousands of messages as a result of the Gmail glitch.

According to Tech Crunch, a bug in Google search is pointing users directly to his Hotmail account. If you click on the top search result for Gmail, the address appears in a “compose” window that pops up.

How do you replicate this bug? Basically, you have to search for “Gmail” in Google, and then click on the sub-link that says “email.” A Gmail “compose” window pops up, with the Hotmail address automatically filled in. This is what came up on my computer: 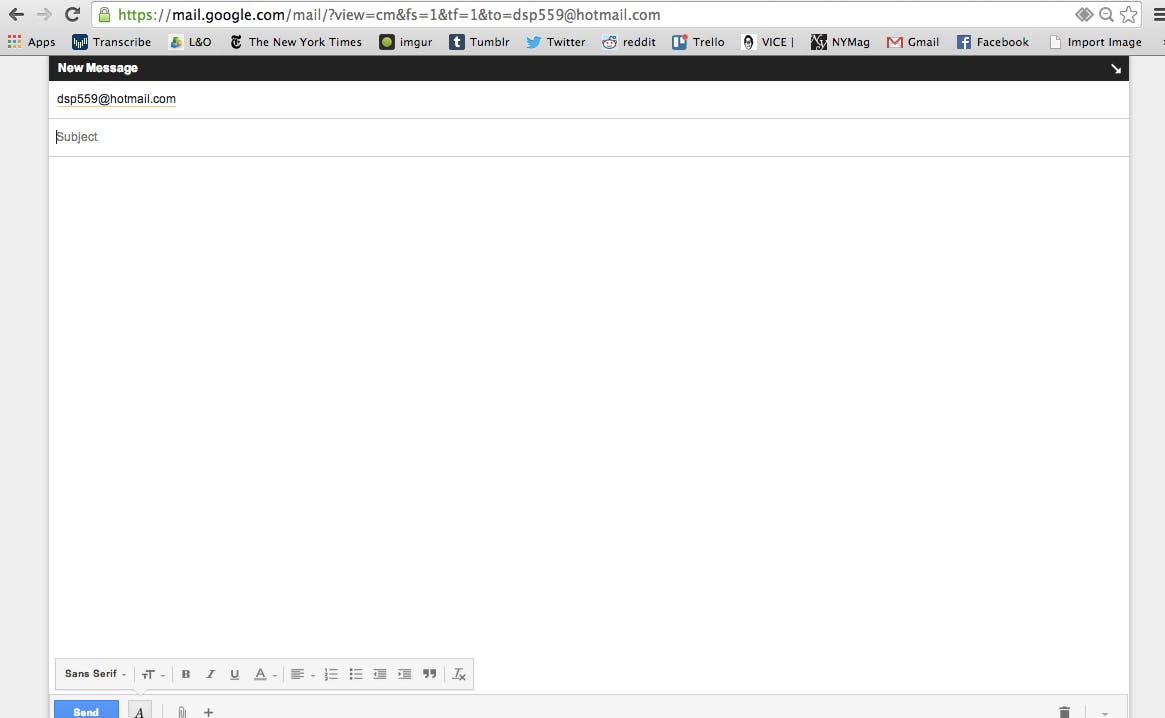 Of course, you don’t want to be that guy who adds to the problem, so don’t hit send. Tech Crunch looked up the email address, and it belongs to a David Peck in Fresno, Calif.

“I’ve been getting thousands of no-subject, blank emails,” he told them. “500 of them come every hour, I can’t stop them.”

Peck is concerned that the glitch indicates his account has been hacked, and he’s contacted Hotmail support for help, to no avail. Google also hasn’t responded to TechCrunch’s request for comment.

So if you’re still whining about how your email momentarily crashed and making jokes on Twitter about how you’ll tell the story of the Great Gmail Crash of 2014 for years to come, quit your belly-aching and thank your lucky stars you’re not this guy.