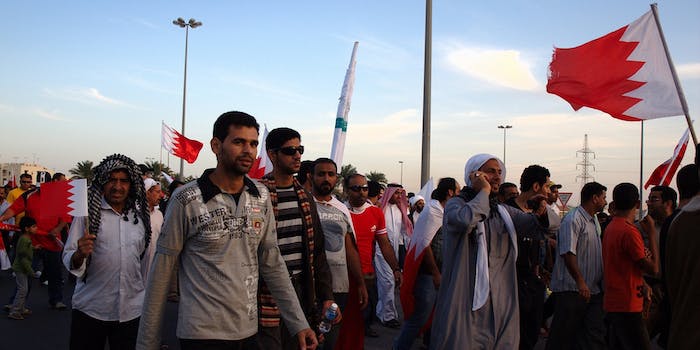 The Organization for Economic Cooperation and Development (OECD) will open an investigation into Gamma International, the U.K.-based makers of FinFisher surveillance software.

The Organization for Economic Cooperation and Development (EOCD) will open an investigation into Gamma International, the U.K.-based makers of FinFisher surveillance software, according to Reporters Without Borders (RSF).

The United Kingdom’s “National Contact Point” for the OECD announced the investigation this week.

The complaints maintained that “Gamma and Trovicor breached a nearly a dozen recommendations from the OECD Guidelines, all of which concern human rights.”

FinFisher, which secretly installs malware on a subject’s electronic communications devices, has been involved in governmental spying scandals in Mexico and Indonesia and accused of helping target activists in Bahrain and elsewhere. Citizen Lab has detected the use of FinFisher in 25 governments’ current surveillance regimes, with as many as 10 more having used the product in the past.

Reports Without Borders has also listed Gamma as one of the five worst Corporate Enemies of the Internet (Trovicor is another).

Under control of the NCP, the parties will be invited to mediation. If no agreement proceeds from that, the NCP will conduct a separate examination and make a final ruling on whether the guidelines have been breached.