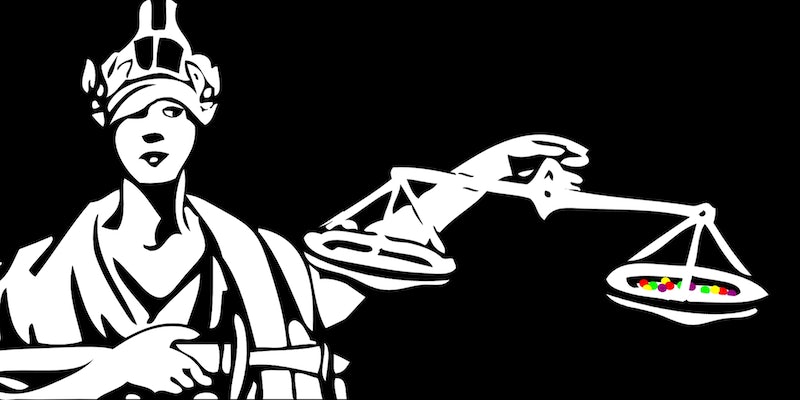 U.S. Attorney John Craft made reference to watermelon and "purple drank" in a post about Martin on a private page.

A federal prosecutor in Texas is under investigation after a local newspaper discovered derogatory racist comments he allegedly posted on a private Facebook page.

The Beaumont [Texas] Enterprise reported that U.S. Attorney John Craft joined an online discussion about “Stand Your Ground” laws—a source of nationwide controversy due to their association with George Zimmerman’s shooting of Florida teen Trayvon Martin—and made the following comment:

“How are you fixed for Skittles and Arizona watermelon fruitcocktail (and maybe a bottle of Robitussin, too) in your neighborhood? I am fresh out of ‘purple drank.’ So, I may come by for a visit. In a rainstorm. In the middle of the night. In a hoodie. Don’t get upset or anything if you see me looking in your window…kay?”

Martin wore a hoodie, and carried Skittles and an Arizona-brand drink, the night George Zimmerman shot him. The references to watermelon, “purple drank,” Robitussin, and implications of criminality all refer to derogatory anti-black stereotypes.

Anonymous screenshots of the interaction were sent to the Enterprise as well as the Houston Chronicle.

Craft also wrote that “low information voters carried the day for the Dalibama in the last election.” He also allegedly posted a graphic titled “Obama: Why Stupid People Shouldn’t Vote.” However, neither the graphic nor a description of it was made available.

Craft told the Enterprise that his postings “were not related to the U.S. Attorney’s office,” but said nothing more.

Despite Craft’s remarks, other federal attorneys for Texas’ Eastern District assured the Enterprise that neither race nor racist attitudes have any effect on the Eastern District’s decisions regarding whether to prosecute people.