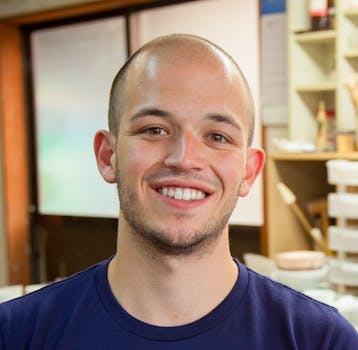 It takes a certain degree of self-confidence, especially in this economy, to quit a well-paying job and become an independent entrepreneur. Facebook’s Managing Editor Dan Fletcher clearly has confidence enough for that; he’s leaving Facebook next month to work for his own startup.

But much of the buzz surrounding Fletcher’s departure comes not from his decision to leave his job, but from his stated opinion of the job’s importance. Fletcher says Facebook made a “mistake” in creating the managing editor position in the first place.

It’s too early yet to say whether he’s right. Fletcher only started at Facebook in January 2012. At  the time, the company’s decision to hire a journalism school graduate as a managing editor led to speculation that perhaps Facebook would venture into the news business. It arguably did, but in a very meta sense, with the introduction of Facebook Stories, a Fletcher creation that reported not news so much as Facebook trends in the news.

Speaking to communications students at Washington State University last Wednesday, Fletcher said that Facebook does not need journalists or “reporters” to gather news, because Facebook users do that themselves. He also told his audience, “There is no more engaging content Facebook could produce than you talking to your family and friends.”

This could inspire many jokes a la “He doesn’t know our family and friends” but rather than make such jokes, Fletcher went on to say that Facebook probably shouldn’t be trying to produce content anyway (Facebook Stories notwithstanding). “Facebook is meant to sort of fade into the background […] When Facebook starts producing content, it takes you away from that mindset.”

Still, Facebook needs to figure out some methods of making money. And, where taking users out of their mindset is concerned, Facebook’s Sponsored Posts can be just as jarring as any company-produced attempts at branded journalism.

So, is Fletcher giving up on the concept too quickly? It’s too early to say, though it’s maybe worth noting that as of March 21, the most recent entry on the Facebook Stories page said “February 2013: Love.”

So, to any Fletcher fans who might agree with his premise, “Yeah, this monetization of Facebook Stories thing just isn’t working out,” one might counter by responding “Yeah, but a lot’s happened since Valentine’s Day.”