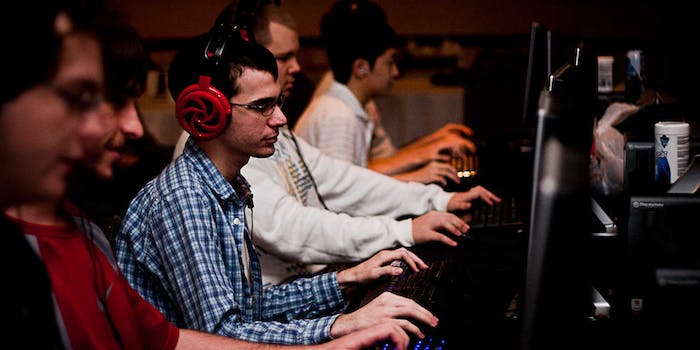 If secretly installing malware on someone’s computer to make a profit for yourself can be considered an April Fool’s joke, apparently competitive gamers don’t have much of a sense of humor.

Members of the ESEA gaming league are moving forward with a class action suit against the organization, after administrators installed Bitcoin mining software onto unknowing user’s computers, frying gamers’ graphics cards in the process.

After initially feigning ignorance, ESEA cofounder Eric Thunberg tried to play off the mess as an April Fools day joke gone wrong, before later shifting the blame to one rogue employee. But promises to rollover profits into next year’s prize pool and give gamers a free month of membership weren’t enough to satisfy competitive gamers who now seek legal restitution.

The lawsuit is being led by three claimants in California, Kevin Gallettee, Jackson Smith and Roy Han. They are currently looking for other co-claimants from California who were similarly impacted by ESEA’s actions. The trio bringing the suit are citing several legal grounds, including the California Consumer Protection Against Computer Spyware Act, unfair competition, fraud, conversion and product liability.

The complaint has not been formally filed, and it is unknown just how much in damages the claimants will be seeking.

In total, ESEA has more than 600,000 members worldwide. The company organizes competitive tournaments for games like Starcraft 2, Counter-Strike and League of Legends.

After complaints began surfacing on ESEA message boards, Thunberg came forward in May to admit the company was responsible for the installation of Bitcoin mining software on users equipment. Bitcoin is a purely digital currency, automatically generated by an anonymously created computer program and spent online just like cash. Mining is the process by which new Bitcoins are decoded.

The ESEA program ran for about two weeks and mined $3,713 worth of the cryptocurrency at a time when each Bitcoin was valued at around $200. But because Bitcoin mining requires processor-intensive solving of complex algorithms, the secret mining operation strained players’ graphics cards, in some cases damaging their equipment.

Already Thunberg has pledged to put an additional $3,713 into next season’s prize pool, in addition to donating twice that amount to the American Cancer Society.