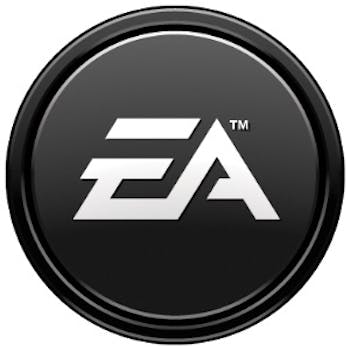 The game company beat Bank of America, Carnival Cruise Lines, and dozens of other contenders in The Consumerist's annual poll.

Not even the floating public relations nightmare of the Carnival Triumph cruise ship could match the anger of gamers scorned as Electronic Arts once again earned the title of “Worst Company in America” on Tuesday.

For an unprecedented second year in a row, EA games has won Consumerist’s annual March Madness-style competition to determine the most unpopular brands among American consumers. From an initial pool of 32 companies, EA rose through the ranks to be named the worst of the worst. The company received 78 percent of the vote in a final match-up with notoriously unpopular Bank of America.

In a blog post unveiling the contest winner, Consumerist Deputy Editor Chris Morran outlined three areas in which the game company has engendered bad will among its customers, including product quality, price and customer support.

“Yes, EA has games that sell in the millions, a number of which are well-reviewed and some of which are genuinely loved,” Morran writes. “But the company also has a history of pumping out products, or rushing games through development, in order to cash in on a brand name.”

Some notorious missteps from the past year include the lukewarm receptions for Dragon Age 2 and Mass Effect 3, and the disastrous launch of SimCity 5 last month, all of which had many video game players on Reddit kicking EA while it was down.

Reddit user NothingsShocking, who refused to buy the latest Sim City after the negative press, said consumers should hit the company’s bottom line by refusing to blindly buy EA products. Other users complained about EA’s tendency to milk customers for more money with pre-order bonuses and downloadable content.

“EA does this kinda stuff too much, pre-orders bonuses, premium accounts, rushing development of games. They are incredibly impatient with money and all the ideas they come up with are about getting money earlier,” Reddit user Fuglypump said.

Indeed there is no shortage of complaints to be found online about EA, but are they really less popular than companies like Wal-mart and Time Warner Cable? Some on Reddit speculated that the Consumerist poll’s results were skewed toward companies in the tech industry, given the online savvy of the respondents. It’s a claim that’s hard to ignore as users on 4Chan’s /v/ video game forum celebrated EA’s ignominious distinction.

“I can’t wait until they win again next year, it will be glorious and the tears will be even sweeter,” wrote one anonymous poster.

But the folks at Consumerist were quick to defend their competition’s results. Speaking to the Daily Dot, Morran said that it shouldn’t be assumed that gamers are only concerned with a single facet of their lives.

“Of course the fact that this is an online poll will have some bearing on the results. That’s a basic rule of taking surveys — the method and the results are inevitably linked. That being said, there is a too-broad assumption being made by some that gamers are somehow inherently more Internet savvy than most consumers. Perhaps that would have been true a decade ago, but many Americans now spend at least a portion of their day online. Additionally, one must remember that gamers also don’t live their entire lives in front of a computer screen. They also have mortgages, bank accounts, cars, take vacations, shop at Walmart, and pay their phone and cable bills.”

But while Consumerist tried to pump up the significance of the gaming industry, EA came out with a rebuttal minimizing the company’s impact.

“This is the same poll that last year judged us as worse than companies responsible for the biggest oil spill in history, the mortgage crisis, and bank bailouts that cost millions of taxpayer dollars,” wrote COO Peter Moore on his company’s blog.

Moore argued against several of the complaints raised by Consumerist, backing EA’s pricing models and repeating the company’s claim that SimCity’s much-reviled online play requirement is not a covert Digital Rights Management scheme. He also pointed out several superficial flashpoints that may have earned EA some of its votes, including dissatisfaction over the choice of the most recent Madden cover player and the company’s inclusion of LGBT characters in its games.

This is the eighth year of the Consumerist poll. Previous “winners” include BP, Comcast, AIG, Countrywide, the Recording Industry Association of America, and Halliburton.