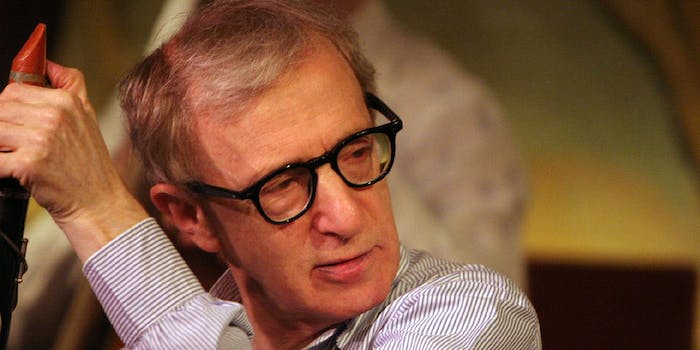 Dylan Farrow is not backing down, refutes Woody Allen’s response

Little more than a week ago, Dylan Farrow made her first public statement about her alleged sexual abuse at the hands of her adopted father, Woody Allen, more than 20 years ago. Now, it seems she can’t be silenced.

The 28-year-old daughter of Mia Farrow responded to Allen’s public response to her open letter that was published by New York Times columnist Nicholas Kristof on Feb. 1.

Dylan wrote that Allen molested her when she was 7, and she’s still recovering from the emotional wounds. She said watching him receive a lifetime achievement award for filmmaking at the Golden Globes in January was unbearable.

Allen, meanwhile, said in his response that the claims were entirely untrue and blamed Mia Farrow for fabricating the allegations during her messy separation from Allen.

The entire saga is retreading ground covered during the initial airing of the scandal in 1992. After an investigation, no charges were filed but Allen was denied custody of Dylan and her siblings. Then, the fight was between legal teams, medical experts, Mia Farrow and Woody Allen. This time, Dylan is speaking for herself.

She offered Us Weekly a blow-by-blow rebuke of Allen’s denial of her claims, refusing to let him have the last word on the issue.

“His op-ed is the latest rehash of the same legalese, distortions, and outright lies he has leveled at me for the past 20 years,” Dylan told Us, forwarding the publication a link to Vanity Fair’s list of facts about the case.

It’s unclear if the Woody will answer her rebuttal, but the conflict doesn’t seem anywhere close to quieting down. Dylan told Us that she’s continuing to speak out to give survivors of sexual assault a voice.

“From the bottom of my heart, I will be forever grateful for the outpouring of support I have received from survivors and countless others. If speaking out about my experience can help others stand up to their tormentors, it will be worth the pain and suffering my father continues to inflict on me,” she told Us. “Woody Allen has an arsenal of lawyers and publicists but the one thing he does not have on his side is the truth. I hope this is the end of his vicious attacks and of the media campaign by his lawyers and publicists, as he’s promised. I won’t let the truth be buried and I won’t be silenced.”