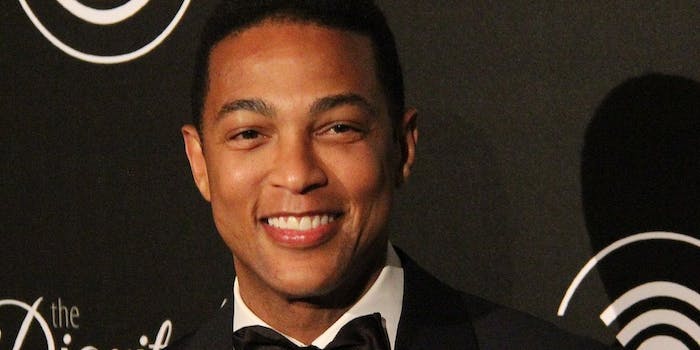 Veteran comic Bill Cosby is having a bad week, but CNN host Don Lemon might be about to have a worse day.

On Tuesday night, Joan Tarshis, one of the 14 women whom Cosby allegedly raped, joined Lemon on CNN to discuss her traumatic experience. Given what Tarshis says she went through—being drugged and then raped—the interview was bound to be a sensitive one. But given that this was CNN, all bets were off. And neither Tarshis nor CNN viewers could have been prepared for Lemon’s bizarre line of questioning.

“You know, there are ways not to perform oral sex if you didn’t want to do it,” suggested Lemon.

Tarshis responded that “that didn’t even enter my mind.”

Regardless, Lemon pushed on with his line of questioning: “Meaning the use of the teeth, right?”

Tarshsis began to respond, but the host interjected again: “As a weapon.”

After she reiterated that she didn’t think of it, Lemon pressed the issue yet again: “Biting.”

This line of questioning is problematic for all sorts of reasons. First, Don Lemon is asking an alleged rape survivor—whose story, when combined with those of 13 others, we have no reason to doubt—to explicitly recount the excruciating details of her rape on national television. Second, he is perpetrating the dangerous and offensive notion that rape victims are somehow to blame for failing to stop a violent sexual assault if they “didn’t want to do it.”

Needless to say, the response to Lemon’s comments has been universally condemnatory.

Don Lemon is a disappointment to blackness, to survivors of sexual assault, and to journalism itself. Self-hate often hurts more than self.

Don Lemon, reporting from inside the desperate “if only” thoughts that plague survivors. Thanks for nothing, sir.

Update 10:02am CT, Nov. 20: Lemon issued an attempt at an apology on CNN Wednesday afternoon. “If my question to [Tarshis] struck anyone as insensitive,” Lemon said, “I am sorry, as that certainly wasn’t my intention.”