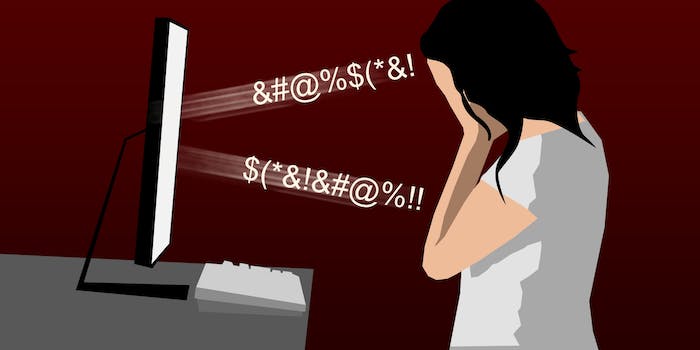 Daisy Coleman, the teenager from Maryville, Mo., who made international headlines after she was allegedly raped, bullied, and run out of town, was hospitalized Sunday after trying to commit suicide.

“Daisy had attended a party for about an hour Saturday night and had been attacked immediately afterward on a number of Twitter accounts,” Foxkc added.

In October, Coleman’s story went viral following an expose in the Kansas City Star with details of the sexual assault on her and a friend.

The suspects—one of whom was later identified as Matthew Barrett, the grandson of Missouri State Representative Rex Barnett—allegedly had to drag Coleman out of a bedroom window where the rape occurred in January 2012. They then propped her against the side of her own house and left her there in sub-freezing temperatures. When Coleman’s mother found her daughter outside, her hair was frozen.

Following the rape, Coleman’s mother was fired from her job due to tensions surrounding the incident, and her family were bullied, ostracized, and eventually run out of town by the Maryville community.

Coleman’s story was published in the Star around the same time the legal case against her attacker was dropped, spurring a national outrage fueled by the Anonymous hacker movement.

Hacktivist collective Anonymous launched #OpMaryville and #Justice4Daisy to spread a video warning the Missouri town that it would take action unless authorities reopened Coleman’s case.

“If Maryville won’t defend these young girls, if the police are too cowardly or corrupt to do their jobs, if justice system has abandoned them, then someone else will have to stand for them,” Anonymous stated in a YouTube video. “Mayor Jim Fall, your hands are dirty. Maryville, expect us.”

On Oct. 17,  Nodaway County Prosecutor Robert Rice asked for a special prosecutor and a new investigation into the charges against Coleman’s attackers. On Oct. 21, that special prosecutor was identified as 15-year legal veteran Jean Peters-Baker, who has “worked in nearly every unit for Jackson County, including sex crimes¸ community justice¸ domestic violence¸ drug-related crimes¸ family support and as a chief warrant officer and trial team leader,” the Northwest Missourian reported.

Coleman’s mother broke her silence on Facebook Monday morning regarding her daughter’s suicide attempt to ask Anonymous for help.

“Where is anonymous now?” Melinda Coleman wrote. “My daughter has been terrorized to the point she tried to kill herself last night. She may never be ok. Where are you and your super hacking skills and internet help now…….we really need them.”