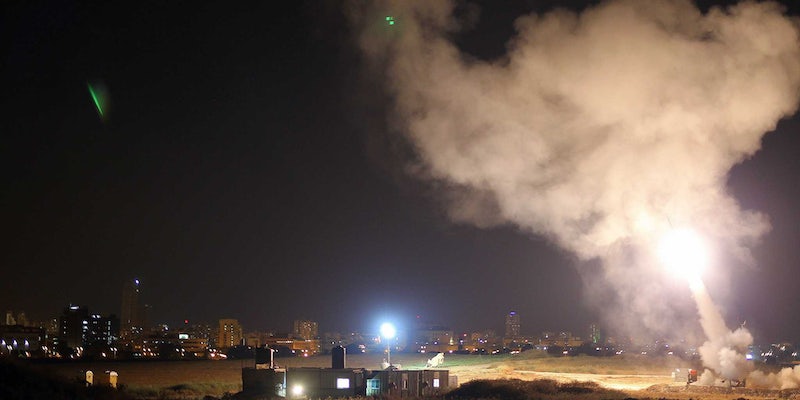 Chinese hackers broke into and stole sensitive data from the computers of three Israeli defense contractors who built the “Iron Dome” missile shield, according to a report published today by security journalist Brian Krebs. The Iron Dome program is responsible for protecting Israel from rocket attacks currently threatening its cities.

The break-ins, which began with a series of targeted email phishing attacks, took place from 2011 to 2012.

The attackers stole intellectual property including schematics for the Arrow III anti-ballistic missiles that were jointly developed by the U.S. and Israel, unmanned drones, and ballistic rockets, according to Cyber Engineering Services Inc. (CyberESI), an American security firm that discovered the cyberattack by “tapping into the secret communications infrastructure set up by the hackers,” Krebs wrote.

The U.S. has contributed about $720 million to help build the Iron Dome.

“Most of the technology in the Arrow 3 wasn’t designed by Israel, but by Boeing and other U.S. defense contractors,” CyberESI CEO Joseph Drissel told Krebs. “We transferred this technology to them, and they coughed it all up. In the process, they essentially gave up a bunch of stuff that’s probably being used in our systems as well.”

U.S. Congress is considering at a bill that would boost funding to the Iron Dome to $1 billion over five years. Military contractors are also looking into marketing the idea of building an American version of the missile shield.

The hacked contractors, Elisra Group, Israel Aerospace Industries, and Rafael Advanced Defense Systems, say they’ve known about the hacks for some time and reported them to proper authorities.

The Iron Dome system has been credited with intercepting 90 percent of rockets aimed at Israel during the current conflict with Gaza.