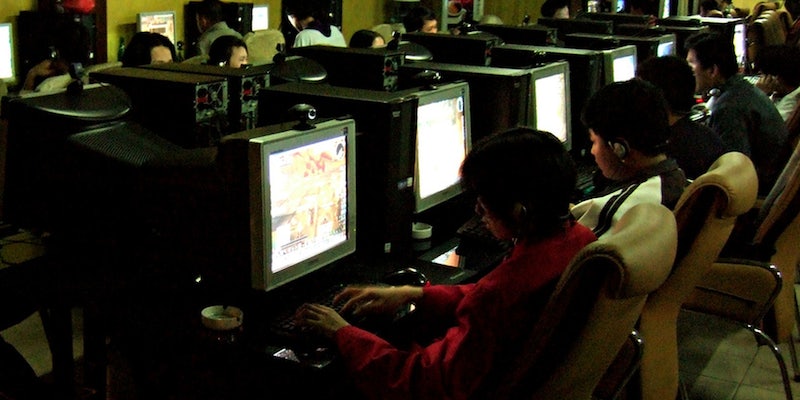 Critical voices are getting drowned out by a cacophony of pro-government mouthpieces.

Earlier this year, the Chinese government launched its biggest-ever clampdown against online speech, arresting dozens of people for spreading “rumors” and holding closed-door meetings with some of the country’s most influential bloggers. Now Beijing is declaring victory.

The shape of that victory should be troubling for anyone hoping that social media might liberalize the country’s free speech policies and blow open the door to broader public discourse. A study commissioned by the state-owned People’s Daily newspaper revealed that posts from so-called “opinion leaders” dropped by 25 percent and “were overtaken by posts from government microblog accounts,” according to Reuters. In other words, there is a lot more silence from ordinary people, and a lot more noise from official government mouthpieces.

Online speech has always proven a troubling beast for the Chinese government to control, thanks to the way it makes information more diffuse by putting it in the hands of ordinary people. Clamping down on a single, viral piece of information is far more difficult than simply imposing a fine on, say, a newspaper. But technology in China is only liberating for so long as it takes the government to learn how to control it.

In September, Beijing announced new regulations that would severely punish anyone who posted an “online rumor” that was in turn viewed 5,000 times or reblogged 500 times.

With the help of the country’s army of 2 million Web monitors, arrests soon followed. In late October, police arrested five men in Hunan province for attempting to blackmail public officials and smearing “the image of local governments” online. In September, a Chinese-American businessman with a huge online following was arrested for allegedly soliciting prostitutes, then paraded on national TV in a bid to publicly shame him. Most controversially, authorities detained a 16-year-old schoolboy in China’s northern Gansu province in late September. He had suggested that a case the police had declared a suicide might actually be murder.

All told, hundreds of bloggers and social media users were detained within just two months, according to civil rights groups.

The result has been a chilling effect rippling across the Chinese web, as popular opposition voices dampen down their criticisms and post with far less frequency, clearly afraid of getting caught in the rumor-fighting dragnet. Not surprisingly, Chinese officials see nothing but clear skies ahead.

“If we should describe the online environment in the past as good mingling with the bad, the sky of the cyberspace has cleared up now because we have cracked down on online rumors,” the vice minister of the State Internet Information Office said earlier this week in what Reuters described as  a “rare” meeting with foreign journalists

Encouraged by the new law’s success, Beijing is planning to introduce even stricter controls on online speech soon, according to Reuters.