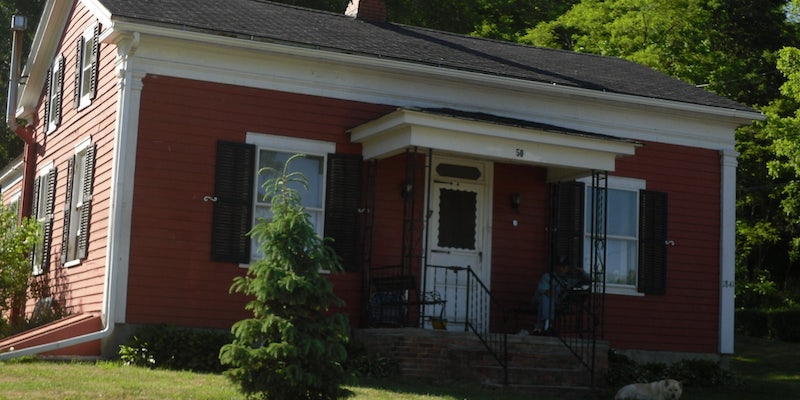 Weird as it sounds, a significant portion of China’s Internet traffic was routed to a small house in Cheyenne, Wyo., for more than an hour on Tuesday.

China had major problems with its domain-name system, several government and expert sources told the New York Times, affecting between two-thirds and three-quarters of the country’s DNS servers. And so several of those routed traffic to that house in Cheyenne.

If the location sounds unbelievable, know that the house, located at 2710 Thomas Avenue, is normal only in its appearance. It’s an official home of Wyoming Corporate Services, a company that boldly proclaims its mission of providing shell companies: you don’t need to be a U.S. citizen to incorporate there, its website brags, and there are no state taxes.

In 2011, a major Reuters report revealed that Wyoming Corporate Services provided companies for, among others, a jailed former Ukrainian Prime Minister, illegal online poker operations, and a firm that sold counterfeit truck parts to the U.S. Department of Defense.

Though the company’s website no longer boasts, as it once did, that “A corporation is a legal person created by state statute that can be used as a fall guy, a servant, a good friend or a decoy,” who “cannot be held accountable for its actions.” But it’s still openly functional, much to the chagrin of politicians who would shut it down.

It’s unclear why, exactly, Wyoming Corporate Services’ facade would suddenly get so much of China’s traffic. Several theories blame China’s great firewall, which prevents many of its users from easily visiting sites banned by the government. Either the firewall itself accidentally rerouted users, or a popular service to get around it malfunctioned. China’s government didn’t openly suspect an attack, though it didn’t rule one out, either.

Photo of a Wyoming House (not WCS’s) via Dougtone/Flickr