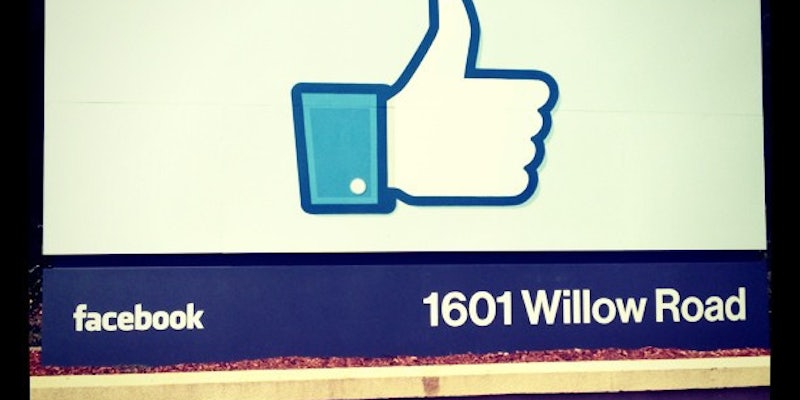 The office of Gov. Jerry Brown drastically scaled back its expectations for how much taxable revenue the state can hope to collect from the stock over the next 18 months.

After a disastrous initial public offering (IPO) last spring, there’s been a lot of good news lately for owners of Facebook stock who’ve seen their shares rise more than $10 in the last two months.

But the recent turnaround is still not enough to match the rosy projections California state budget planners once held. This week, the office of Gov. Jerry Brown drastically scaled back its expectations for how much taxable revenue the state can hope to collect from the stock over the next 18 months.

According to the Wall Street Journal, last week gubernatorial aides lowered their estimates for how much revenue the state will see from Facebook stock through the end of California’s 2013-14 budget year by nearly a third. The state, which had originally hoped to take in $1.9 billion during that time, now only expects to take in just $1.3 billion related to Facebook stock.

But that earlier estimate was made just before the social media network’s $38 IPO in May. Concerns about how the stock was initially valued caused the price to drop steadily over the next several months, until shares eventually reached an all-time low of $17.72 on Sept. 4. Since then, things have improved. In the last two months, the stock has risen steadily from the high teens to currently trade at more than $30 a share.

But that means the stock is still trading at nearly 21 percent less than the IPO value upon which California’s initial budget projections were made. According to the Wall Street Journal, California derives tax revenue from Facebook stock in three ways: “stock sales by early investors, vesting of restricted stock after the offering, and the exercise of some stock options, beginning at the time of the IPO.” The poorly performing Facebook stock will cause revenues to be diminished on all three of these fronts if current projections hold true.

The governor’s office, which is on track to have a balanced budget for California during the next fiscal year, will revise these figures before finalizing the 2013-14 budget. But the situation is not terribly dire for the state. Facebook revenues over the three-year period ending at the conclusion of the next fiscal year were never expected to make up more than 0.6 percent of California’s revenue during that time.