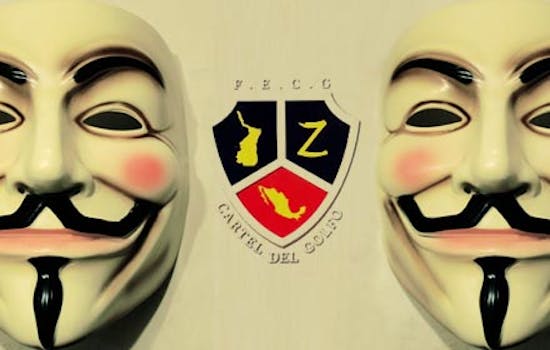 Another drug-cartel critic is found dead in the Mexican border town.

A Mexican blogger was found decapitated next to a statue in Nuevo Laredo Wednesday with a note saying he had been killed for information he posted online.

It was the fourth such killing in the Mexican border town since September. The three previous killings were attributed to Los Zetas, a violent drug cartel that made headlines last week when it was targeted by the hacker group Anonymous.

It was not immediately clear if Los Zetas was claiming responsibility for the most recent killing.

“I think this settles the question of whether or not the cartels backed down to Anonymous,” said a Mexican law enforcement official who spoke on the condition of anonymity because he was not authorized to discuss an ongoing investigation.

Police identified the blogger by his online name, Rascatripas, which translates to “fiddler.” The man was a moderator on the same Web site that one of the other victims regularly posted on. A note found with the tortured, mutilated body said Rascatripas was killed for “failing to understand I must not report on social networks.”

Nuevo Laredo lies in an area that could be considered one of the front lines of Mexico’s drug war, which has claimed more than 43,000 lives in the past five years. The drug cartels waging the war have targeted journalists, forcing people to turn to social networks and blogs for information about the cartel’s activities.

As originally reported by the Daily Dot, the cartels have grown sophisticated in their efforts to ferret out the identities of online critics. The cartels have recruited hackers and the recent killings are seen as clear-cut warnings to others who may post information online.

The hacker group Anonymous had vowed to begin naming officials linked to Los Zetas, but backed off the operation late last week after saying the cartel had met its demand to relase a kidnpped member. There has been widespread speculation that the kidnapping was a hoax and that Anonymous canceled operation, which was known as #OpCartel because of safety concerns.

Last night Anonymous announced #OpCorrupcion, which is similar to #OpCartel except that it targets the Mexican government for what Anonymous calls its complicity with the cartels.