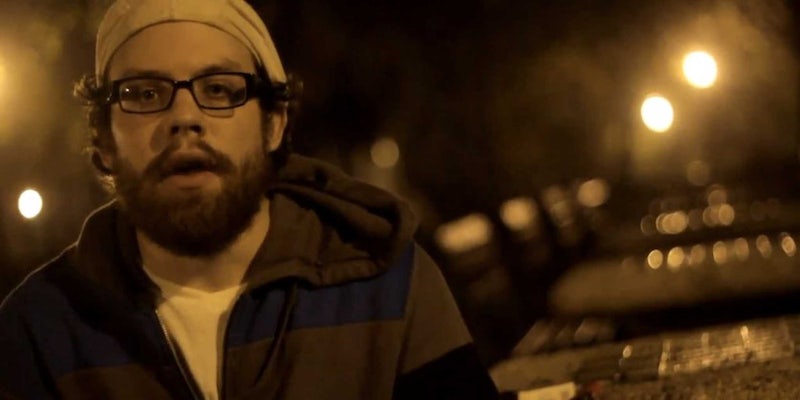 The famed hacker and troll has sent a heartbreaking letter from prison, where he's believed to be in solitary confinement.

Hacker Andrew “Weev” Auernheimer has sent a heartbreaking letter from prison, where he’s believed to be in solitary confinement.

“Has the Internet forgotten about me,” he asks, “or am I still a hot topic?”

Weev, who found out that an AT&T script would offer up subscribers’ email address if sent enough randomized numbers (“I’m going to jail for doing arithmetic,” he said at his sentencing), is the best-known convict who violated the Computer Fraud and Abuse Act (CFAA). While many find Weev’s personality abrasive, they’re more outraged at the law and the severity of his sentence—three and a half years. The CFAA criminalizes a host of innocuous Internet behavior; in theory, it makes breaking any website’s terms of service a crime.

For the first few weeks after his conviction in March, Weev found a way to pass pre-screened messages to friends on the outside who had access to his Twitter account—effectively allowing him to tweet from prison. But his communications have ceased since April 29.

His pro bono lawyer, Tor Ekeland, told the Daily Dot that Weev said in a physical letter that he was being placed in “administrative segregation,” better known as solitary confinement.

I am disgusted to have to write an actual paper letter but they took away all my electronic comms methods and put me in the special housing unit where I am under 24/7 lockdown. All this for the high crime of blogging, despite nation B.O.P. [Federal Bureau of Prisons] officials having made public statements that what I was doing wasn’t against the rules[…]

It has been a week of this and I feel completely alone and abandoned. I don’t even have my loved ones or attorney’s address (they took most of my papers and I happened to have your address on a property slip they didn’t toss). and am unsure when or if anyone will find out about my situation.

Ekeland said Friday that he’d made repeated attempts to find a prison representative to explain what had happened to Weev. Weev had sent him a single letter, presumably after finding a way to address it to Ekeland after writing MacDougall.

On Monday, Ekeland said a representative finally contacted him and allowed him to schedule a weekend visit, though without confirming whether Weev was in solitary.

“I miss everyone,” Weev said in concluding his letter, “also food and sunlight.”

“Unsure how what they are doing to @rabite [Weev] is constitutional,” MacDougall tweeted. “We need to raise a massive shitstorm here people.”