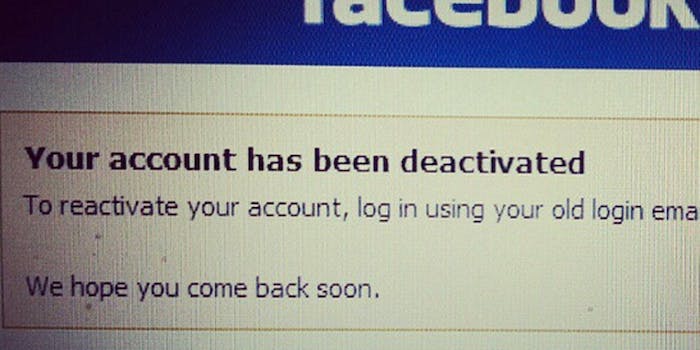 Woman who asked to get fired on Facebook gets her wish

Last week, the Phoenix resident updated her status, lamenting, “I wish I could get fired some days, it would be easier to be at home than to have to go through this.” The next day, she was let go from her job at a title agency.

“I was a very small sentence, but it was one of the most powerful sentences I’ve ever typed in my life,” said McClenathan to KTVK-TV. She explained that the one-year anniversary of her mother’s death had inspired the post.

It’s the latest in a string of firings due to complaints on Facebook. In October, an executive in Singapore was canned for posting a racially tinged diatribe. Another woman in California was released from her job in November after saying the just-reelected President Barack Obama should be killed.

McClenathan’s debacle brings to mind of another social media foul that happened in Arizona. In 2010, a newspaper reporter in Tucson sarcastically tweeted about the lack of homicides occurring in the city.

“I was saying, ‘WTF! No overnight homicides? You’re slacking, Tucson,’” Pedersen told the television station. He was fired after being employed for 11 years at the Arizona Daily Star.

According to Phoenix attorney Dan Barr, if an employer scolds you for your social media behavior, that can conflict with the National Labor Relations Act. The difference in what an employer can be fire you for depends on what can be considered a “concerted activity.”

“If you were to post on Facebook, ‘I work for a bunch of crooks or company X is the worst place in the world to work,’ that would not be protected,” Barr said.

“If you post on Facebook, I was cheated out of a bonus or that I’m working too many hours and other employees respond and you get a conversation started about that, that counts,” Barr said, explaining that if coworkers chime in to the conversation, the post is protected.

However, McClenathan explains that its best to err on the side of caution. She claimed she’d been blacklisted from her industry and can’t find a full time work since being fired.

“Don’t put it on social media. It never goes away and it can ruin your life,” she said.