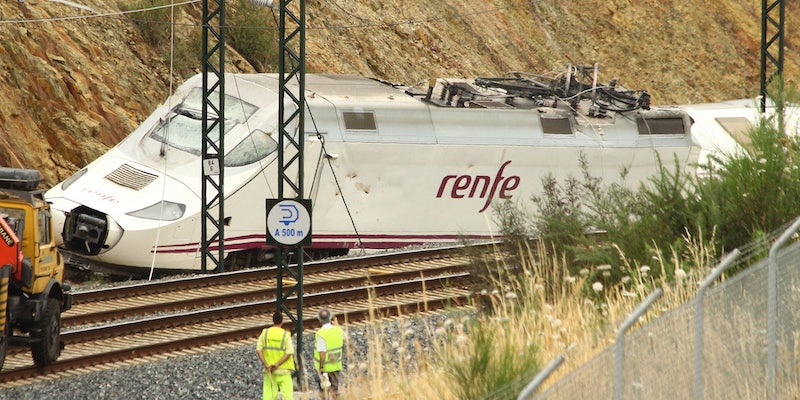 ABC’s Chicago affiliate posted a photo of Spain’s devastating train crash on Facebook asking people to “like” it order to “send thoughts and prayers to the victims.”

Posted Thursday at 2pm ET, the news station has since removed the contentious line—but not before it made its way to Reddit and hundreds of readers left critical comments. 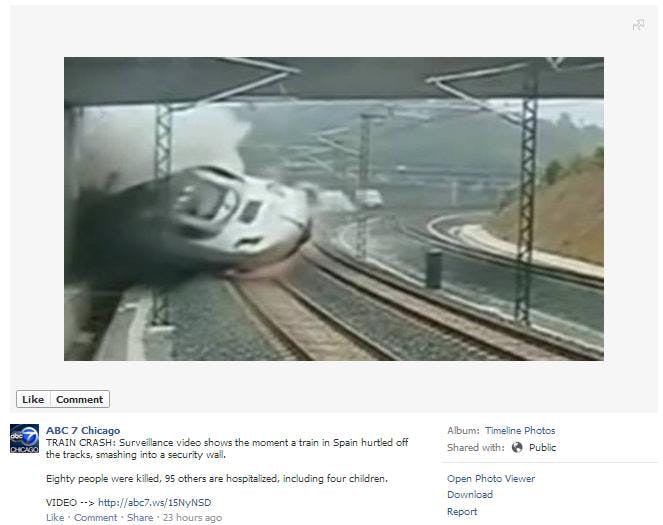 “Whomever approved the strategy of desperately begging for your fans to ‘Like’ a photo in which 70 people were killed should be fired for being terrible at their job,” Jeremy Bronson wrote on Facebook.

The derailment occurred on Wednesday outside of Santiago de Compostela, Spain, killing 78 people and injuring 140. Grainy video footage of the crash has been circulating around the Internet ever since.

“On Thursday, Spanish news media reported that the driver had said the train’s speed had been about 120 miles per hour, more than double the limit in the stretch of track where the train derailed,” the New York Times reported. “On the day of the wreck, he took over from another driver just 60 miles before the crash, according to Spanish news reports.”

The news station’s photo has collected 879 likes. I’m sure that’s a huge consolation to the victims’ families.