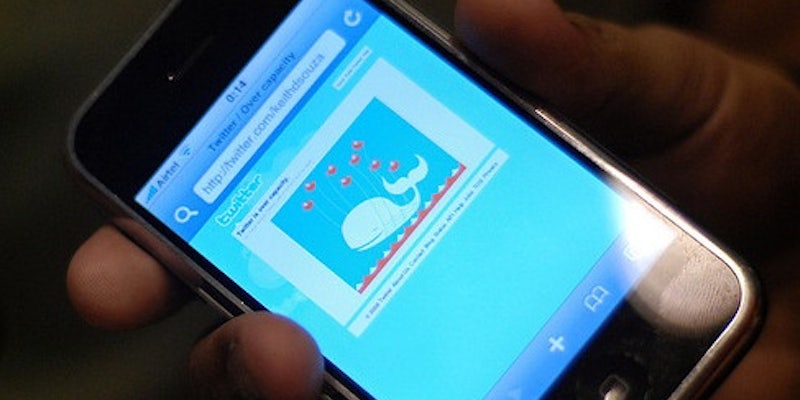 The Indian government considered a Twitter ban after tweets inflamed ethnic tensions in the country's northeastern provinces, but has decided to monitor the site instead.

Twitter will not be banned in India following reports that inflammatory material on the social network forced people to flee their homes.

The government of India blamed Twitter for helping the spread of content “aimed to inflame Muslims to target people of northeastern origins living across India in retaliation of recent ethnic violence in Assam,” ZDNet reported.

On Aug. 21 more than 250 websites were blocked in India for containing content offensive to Muslims. This came after the Indian government issues a 15-day ban of bulk SMS and MMS messages on Aug. 17 following rumors that people living in the northeast of the country would be attacked on the day after Eid-ul-Fitr, a Muslim holiday that marks the end of Ramadan.

The government had planned on banning Twitter in the provinces of Karnataka, Andhra Pradesh, Tamil Nadu, Assam, Maharashtra and Uttar Pradesh before deciding that such a move would not be technologically feasible. A government official compared the act of banning Twitter to turning off an entire water supply “because a few taps were giving bad water.”

The Indian government plans on setting up a committee to monitor content on Twitter and other websites.

“Increase in communal incidents in the country in the past few months and the revival of ethnic tensions in the northeast  in recent weeks have been particular causes of concern to all of us,” said Prime Minister Manmohan Singh at a conference in New Delhi, according to the Times of India. “We need to fully understand how these new media are used by miscreants. We also need to devise strategies to counter the propaganda that is carried out by these new means.”