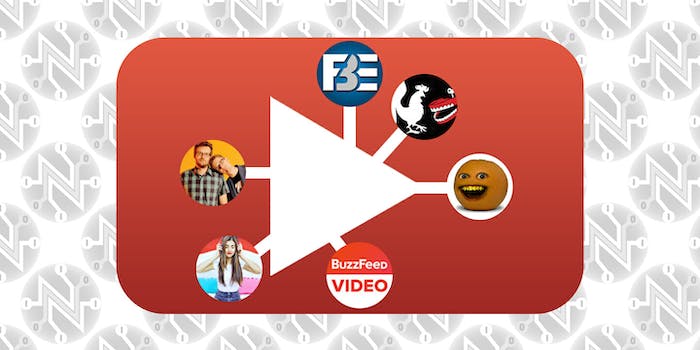 The online video creators who signed the letter collectively have more than 165 million subscribers.

A group of more than 130 YouTube personalities and online video creators have signed an open letter warning the Federal Communications Commission that dismantling net neutrality would be disastrous fort hem and their communities.

The group’s letter, which comes on the heels of the upcoming “Internet-Wide Day of Action to Save Net Neutrality,” is addressed to FCC Chairman Ajit Pai and members of Congress.  It claims that charges to the existing net neutrality rules would “have an outsized impact on our field and jeopardize our livelihood.”

“Strong, enforceable net neutrality protections are essential to ensure leading figures in online video can continue revolutionizing media and to give opportunities for new voices to gain momentum,” Laura Chernikoff, the executive director of the Internet Creators Guild, which organized the letter, said. “Otherwise, deep-pocketed media giants who can afford privileged, fast lane access to customers would empowered to drown out the dynamic and growing industry of internet creators.”

The FCC is taking steps to gut the 2015 Open Internet Order, which solidified net neutrality, a founding principle of the internet that requires internet service providers (ISPs) to treat all data sent to customers the same way. For example, an ISP could not slow down Netflix or Hulu in favor of a streaming service it has launched itself.

The FCC, under new leadership as part of President Donald Trump’s administration, wants to revert ISPs to be regulated under a less strict form of classification—which opponents say would open the door to mistreatment of customer data and create an unlevel playing field online.

The letter claims that not having equal access to customers will destroy opportunities for online video producers trying to enter the market.

Dismantling the Open Internet Order, the letter says, “directly attacks” the idea that customers are in the “driver’s seat” in choosing what becomes successful online.

“Net neutrality has been crucial to maintaining a level playing field for all creators—from those with tens of millions of subscribers to those with 12 subscribers,” the letter reads.

Shows that signed onto the letter include Vlogbrothers, Rooster Teeth, Annoying Orange, FineBrothersEntertainment, CuteGirlHairstyles, and many others. All together, they say, the channels have 165 million subscribers.