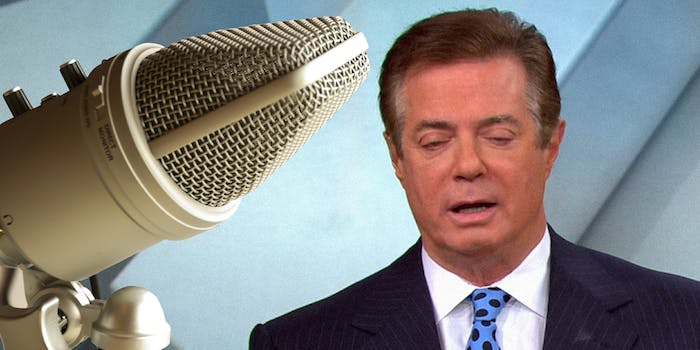 Believe it or not, this week kicked off with one of the most consequential events of the Trump era: Three of the president’s 2016 campaign staffers got Muellered. And that was just Monday.

In this week’s episode, the WAGD crew chats Paul Manafort, Rick Gates, George Papadopoulos, and what the charges against these 2016 Trump campaign staffers mean for President Donald Trump.

We also dive into the Manhattan terrorist attack—yes, a terrorist attack in New York City is somehow the second wildest thing that happened this week—and the dumbfounding attacks on women’s reproductive rights that left even our grizzled reporters baffled.