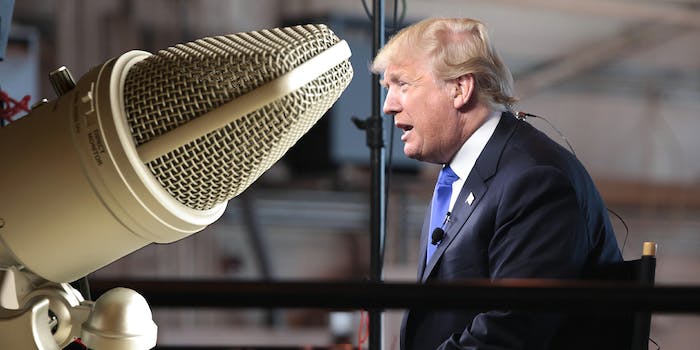 ‘We’re All Gonna Die,’ ep. 13: The one simple trick Trump uses against the media

Let's all phreakout about Phoenix.

Remember Monday? Neither do we.

It’s been yet another wild week in President Donald Trump‘s America. In this week’s episode of We’re All Gonna Die, we dive into Trump’s raucous, rambling campaign rally in Phoenix, where he vowed to shut down the federal government to get funding for his border wall, hinted at a pardon for former Sheriff Joe Arpaio, and completely failed to mention everything he said about violence in Charlottesville, Virginia, that made people angry.

We also dive into the thorny issues for members of the media in the age of Trump—from the president calling us all liars to the death threats we receive to how we’re all just a bunch of “fake news.”

This week’s panel includes Andrew Couts, Andrew Wyrich, Ramon Ramirez, and Katie Speller. David Covucci makes a brief appearance, but he had to leave early to catch a plane—or so he says.