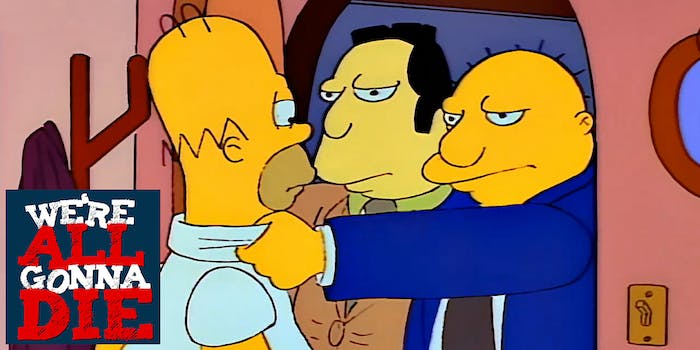 The sketch dissected 'round the internet.

Stormy Daniels this week released a sketch of the man she said harassed her into keeping quiet about her alleged affair with President Donald Trump—and the culprit is Tom Brady. This week on We’re All Gona Die, the Dot’s politics podcast, the gang unbundles the wave of internet sleuthing that occurred following Daniels’ reveal. Did one Twitter user actually ID the suspect?

Elsewhere, we talk about James Comey, America’s would-be resistance hero. And following alt-right troll Mike Cernovich’s recent digital awakening, our team of high-conscious reporters asks whether the energy shift really is connected to the blockchain. (No.)

All that plus the dankest memes this side of the Mason-Dixon.