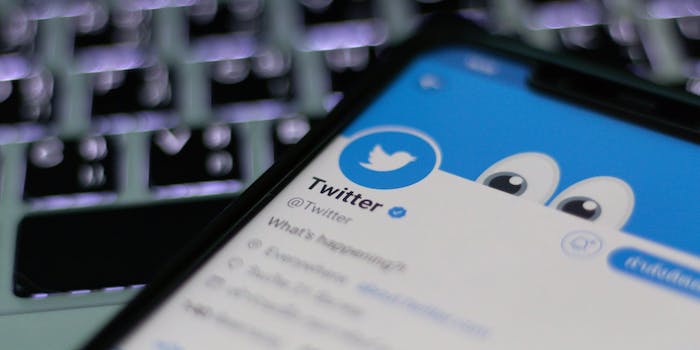 The move is a bit different than Twitter's old policy.

Twitter will begin this week verifying politicians who qualify for primary election ballots, the company announced on Thursday.

The move is a change from a policy it previously had held. In August, the company told CNN that it would verify—adding a blue checkmark next to a user’s name, confirming their identity—only after they had won their primary.

The verifications will be available to candidates on the primary ballots for Senate, House of Representatives, and Governor.

Twitter and other social media companies have come under pressure to stop the flow of misinformation on their platforms—which happened during and after the 2016 election.

The company halted verification in 2017 as it faced criticism for verifying the man who led the deadly Charlottesville rally. The company has struggled with handling content and users espousing racist and dangerous views, especially as those messages have become more mainstream among candidates and politicians.

“Twitter will begin verifying the campaign Twitter accounts of candidates who have qualified for primary elections for the U.S. House of Representatives, U.S. Senate, and Governor, and have been identified by our research partners at Ballotpedia,” Bridget Coyne, the company’s senior public policy manager, wrote in the blog post. “Again, this will happen on a rolling basis as states have different filing deadlines.”

Twitter also said it will bring back “election labels,” small signs that show users information about candidates including: what office they are running for, where, and for what district.

“These labels received overwhelmingly positive feedback from voters and candidates, and they played a prominent role in election conversation,” Coyne wrote.