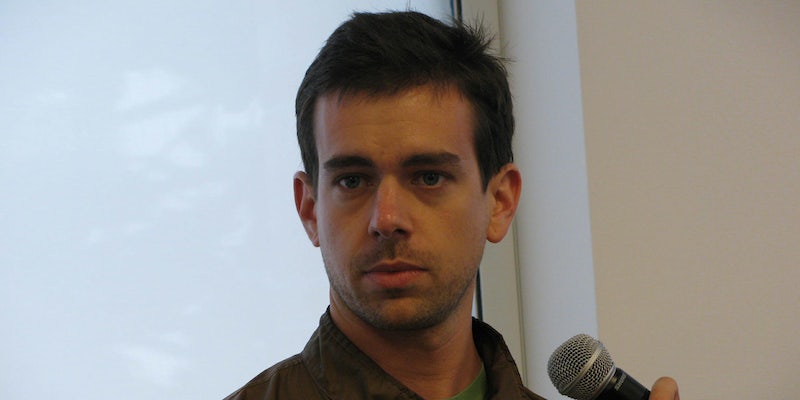 Journalists in 2018 have one of the more fraught jobs out there. Not only are they constantly under attack from President Donald Trump, they’re underpaid and live in fear of losing their jobs as tech platforms suck up revenue that once went to news sites.

It sucks, but at least our tech overlord CEOs would also now like journalists to do the thankless task of fact-checking conspiracy theories and policing hate speech for free. Whoopie!!

Last night, Twitter CEO Jack Dorsey went on Twitter to discuss why he hadn’t banned Alex Jones and InfoWars from his platform, like the rest of his brethren in Silicon Valley (this week, Apple, Facebook, YouTube, and Spotify all took major action).

His response: Jones hadn’t broken any of Twitter’s rules.

We didn’t suspend Alex Jones or Infowars yesterday. We know that’s hard for many but the reason is simple: he hasn’t violated our rules. We’ll enforce if he does. And we’ll continue to promote a healthy conversational environment by ensuring tweets aren’t artificially amplified.

Truth is we’ve been terrible at explaining our decisions in the past. We’re fixing that. We’re going to hold Jones to the same standard we hold to every account, not taking one-off actions to make us feel good in the short term, and adding fuel to new conspiracy theories.

If we succumb and simply react to outside pressure, rather than straightforward principles we enforce (and evolve) impartially regardless of political viewpoints, we become a service that’s constructed by our personal views that can swing in any direction. That’s not us.

Accounts like Jones' can often sensationalize issues and spread unsubstantiated rumors, so it’s critical journalists document, validate, and refute such information directly so people can form their own opinions. This is what serves the public conversation best.

That… did not go over well.

Journalists
But we have better things to do-

Jack
Its critical you debunk that, journalists, 7 million people have seen it https://t.co/fzxQqvmnWm

Journalists report facts, it's not their job to rebut every insane conspiracy theory that's dreamed up as a counter-narrative. We're collectively getting dumber b/c the reality-based 1/2 of the world is being asked to fact-check the fantastical half, at expense of new knowledge. https://t.co/1ALuw4INZ5

More media attention is precisely what so many extremists and other bad actors want, and saying the solution is journalists refuting every single falsity spread by Jones and his ilk goes against everything we’re learning about how this stuff works https://t.co/27id173yJL https://t.co/gHhdlhCnQi

One of Jones’ most odious stances is that the Sandy Hook massacre was staged by the government. In case Jack forgot, journalists, you know, did cover that.

If only journalists had publicized the fact that the Sandy Hook murders did, indeed, take place. Thanks @jack! https://t.co/6wAJlsyXQ7

not to split hairs, but I think claiming the children killed Sandy Hook children were crisis actors was more than just an “unsubstantiated rumor” https://t.co/JfuljIqdrS

You guys were suspending people for changing their screen name to "Elon Musk" https://t.co/IRzZ9YqZot

you suspended someone for a joke tweet about antifa super soldiers but okay https://t.co/by8BHS1ElT

Twitter may one day figure it all out, but yesterday wasn’t that day.