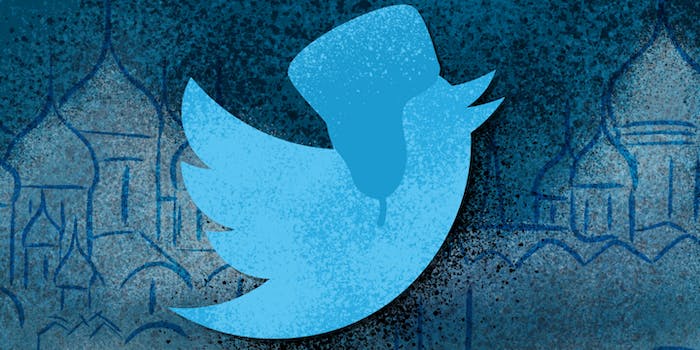 Twitter said RT and Sputnik will not be able to advertise 'effective immediately.'

Twitter announced on Thursday that all accounts owned by Russian state-funded news services RT and Sputnik will no longer be allowed to advertise on the social media platform.

The news comes on the heels of several investigations into Russian interference in the 2016 election and related matters–including the influence that was used on social media—and efforts by Congress to add transparency to online political advertising.

Twitter’s decision to halt advertisements from the Russian outlets is effective immediately.

“We did not come to this decision lightly, and are taking this step now as part of our ongoing commitment to help protect the integrity of the user experience on Twitter,” Twitter wrote in a statement.

The social media company says it will donate the approximately $1.9 million it earned in advertising revenue from RT and related accounts since it first started advertising in 2011 to “external research into the use of Twitter in civic engagement and elections, including use of malicious automation and misinformation, with an initial focus on elections and automation.”

In September, Twitter announced that it had suspended more than 200 accounts it believed were linked to the same Russian agency that purchased $100,000 worth of ads on Facebook aimed at created division and dissent among Americans leading up to the election.

Twitter said in its announcement of the ad ban that accounts run by RT bought nearly $275,000 worth of ads on the social media platform during 2016. The accounts, @RT_com, @RT_America, and @ActualidadRT promoted 1,823 tweets meant to target the U.S. market and were directed at followers of mainstream media outlets.

Earlier this month, a bipartisan group of lawmakers introduced the Honest Ads Act, which would require online political ads to include disclosures about who purchased the ads and companies that sell online advertising, like Twitter, Google, and Facebook, to maintain a “public file” on entities that purchase $500 or more in political ads on their networks. In response to impending legislation, Twitter rolled out its own disclosure policy on Tuesday.

Top attorneys from Twitter, Facebook, and Google will testify before the Senate and House intelligence committees regarding Russia’s attempts to influence the 2016 election on their platforms on Wednesday, Nov. 1.