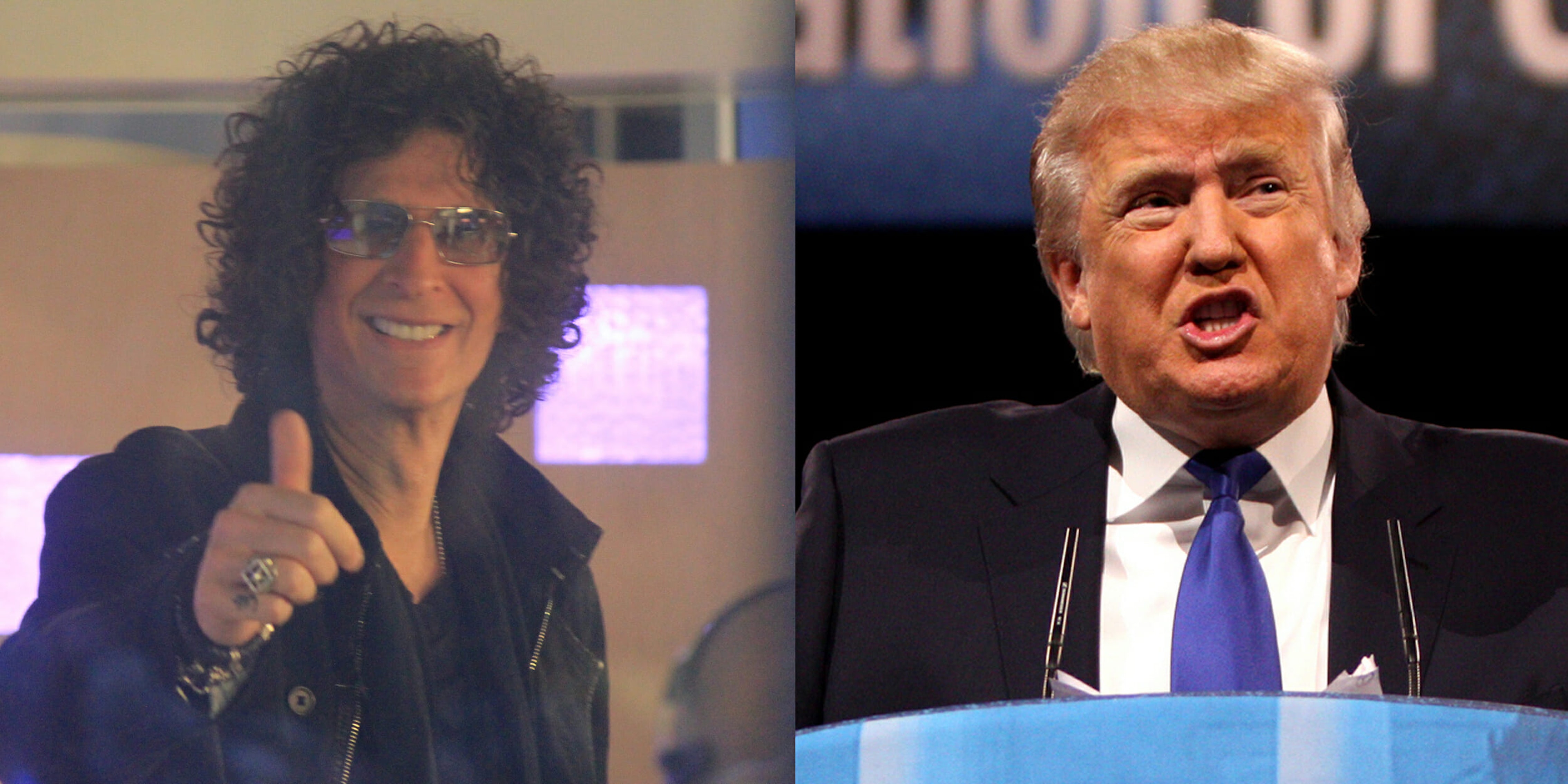 CNN has uncovered audio of President Donald Trump teasing the idea of an Apprentice season that pits a group of African-American contestants against a group of white contestants on Howard Stern’s radio show.

In the April 2005 interview with Stern, Trump explained an idea allegedly “thrown out by some person” that involved “nine Blacks against nine whites, all highly educated, very smart, strong, beautiful people.”

“This I like,” Stern commented before Trump could finish pitching the idea to the radio host.

“Do you like it?” Trump asked the shock jock, who repeated he was in favor of the idea. Trump then asked Stern’s co-host Robin Quivers, a Black woman, if she liked the idea. Quivers commented that the then-reality TV host “would have a riot on his hands” if the concept made it to television.

This CNN story comes the same week that Trump said former Apprentice star and White House staffer, Omarosa Manigault-Newman, is a dog and a lowlife.

When you give a crazed, crying lowlife a break, and give her a job at the White House, I guess it just didn’t work out. Good work by General Kelly for quickly firing that dog!

Trump then stated he’s not a racist for calling her a dog.

Manigault-Newman claims that tapes of Trump using racial slurs during The Apprentice do exist. The creator of the show, Mark Burnett, publicly stated that no such tapes exist.

Another former Apprentice contest, Penn Jillette, told Vulture that he witnessed numerous instances when Trump made “racially insensitive” remarks during episode tapings. When pressed on specifics, Jillette explained that the stakes are now high and he’s “a storyteller” and “unreliable narrator” when it comes to exact details.

Before being elected, Trump made frequent appearances on Stern’s radio show. During those appearances, the real estate mogul claimed he could have once bedded Princess Diana, stated “it’s hard to be a 10 if you’re flat-chested,” and that he purposely walked in on naked beauty pageant contestants.