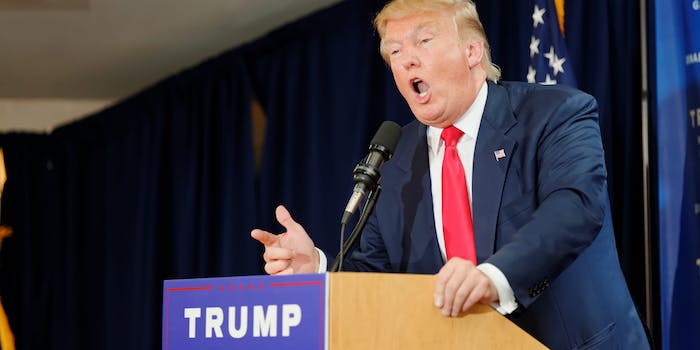 Around 1:18pm CT on Wednesday, Oct. 3, you’re going to receive a strange alert on your smartphone from President Donald Trump. The president is sending out an emergency message test as part of a presidential alert system intended to reach millions of Americans in the case of an emergency, like a natural disaster or a terrorist attack.

“This is a test of the National Wireless Emergency Alert System,” the warning will read. “No action is needed.”

The emergency test comes from the Federal Emergency Management Agency’s (FEMA) Integrated Public Alert and Warning System, and it’s expected to coincide with television and radio alerts at 1:20pm CT. In a real crisis scenario, all three warnings would happen simultaneously and provide emergency information on the crisis at hand, which agency is contacting Americans, and what citizens should do to protect themselves.

“When those messages appear on mobile devices, people should take those extremely seriously,” Antwane Johnson, who directs the public alert warning system, told CBS News. “It has some direct impact on either life or safety.”

FEMA’s smartphone alert system was first signed into law in 2016 by former President Barack Obama thanks to the Integrated Public Alert and Warning System Modernization Act of 2015. That law legally required FEMA to create a presidential alert system.

Don’t worry, though, your phone isn’t about to be bombarded with Trump’s tweets about Brett Kavanaugh, Kanye West, or Hillary Clinton. Federal law outright bans the president from using the emergency alert system for personal messages and non-emergencies. That means political statements cannot be sent out through the system either—unless Donald Trump is willing to break the law, that is.

Three New York activists have since filed a federal lawsuit to prevent the test from going out on Wednesday, citing concerns over their smartphones becoming “government loudspeakers” for the Trump administration, the Hill reports. It remains unclear if the lawsuit will block the alert.