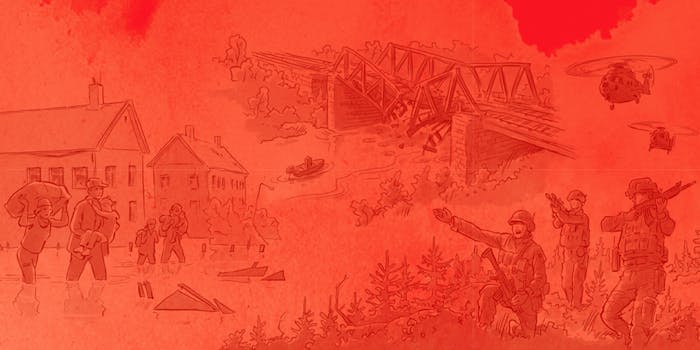 Authority for Social Protection and Preparedness

Sending out the flyer in 2018 delivers an odd message.

If you live in Sweden, then you’re about to receive an emergency crisis pamphlet called If Crisis or War Comes. And yes, it’s already gone viral on the internet for its disturbingly bleak language.

The booklet, which is being distributed by the Swedish government to each household in the country, gives basic crisis information on everything from cyberattacks to natural disasters to terrorism. An English version is available online through the Swedish Civil Protection and Emergency Agency, and the pamphlet is pretty blunt at times. “If Sweden is attacked, resistance is required,” one section reads.

“[A]s the world around us has changed, the Government has decided to strengthen Sweden’s total defence,” the pamphlet’s English version says. “At the same time, the level of preparedness for peacetime emergencies is an important basis of our resilience in the event of war.”

Very interesting. #Sweden has sent a pamphlet with instructions on how to "be prepared for war" to 4.8million homes. Random quote: "If Sweden is attacked … we will never give up. All information to the effect that resistance is to cease is false." https://t.co/9S5N0OFk2O pic.twitter.com/nK8Q4VWvN5

Fascinating to see this in comparison with the leaflets Sweden passed out in the cold-war era. pic.twitter.com/TEfQSvnNmO

Sweden’s emergency pamphlet has since received a mixed response from Twitter users. Many stressed that the world isn’t at the brink of war (yet). Sending out a flyer saying “we will never give up” may send the wrong message, especially for a country that hasn’t formally declared war for centuries.

Then again, maybe its message shows just how hostile the world has become in 2018.

This is legit worrying, especially as Sweden hasn't been in a war since 1814. https://t.co/xpT5Nwwn8s

Do they know something we don’t?

There’s also the fact that the pamphlet reads like propaganda at times, which can create a polarizing effect that supports authoritarian regimes.

Hey, @sweden, this is not cool. While preparing for the worst is a good idea, this kind of thing mostly stokes fears and anxieties in ways that benefit the kinds of authoritarians that are responsible for most wars to begin with. https://t.co/7fBwAbCAvV

Sweden, war free for 200 years, distributes "in case of war" pamphlet to all homes as its powerful arms industries push for it to formally join NATO–which would increase sales–and as support for its establishment is hit by the rise of the populist right. https://t.co/eLt9q6Bd9w

fear and anxiety are both tools and weapons of war. unfortunately, it is unwise to unilaterally disarm.

Others argue that the flyer is pretty useful and shouldn’t be written off right away. After all, it provides some pretty important information about storing food, having clean drinking water, recognizing fake news, and recognizing emergency alarms.

Sweden distributes 'be prepared for war' leaflet to all 4.8m homes, 20-page pamphlet, with pictures of sirens, warplanes and families fleeing homes, also prepares population for dangers such as cyber & terror attacks & climate change, and includes a page on identifying fake news. https://t.co/EdLn9TU1lB

The #Sweden's new crisis and war preparedness leaflet is a solid piece of good information packed in an easily accessible form. Well done!
My personal favorite is below.#turpo #säkpolhttps://t.co/N3Nczy9sAs pic.twitter.com/MMJlxqb7gf

Either way, Swedish citizens should be set for the worst now—even if that simply means more fake news from President Donald Trump.