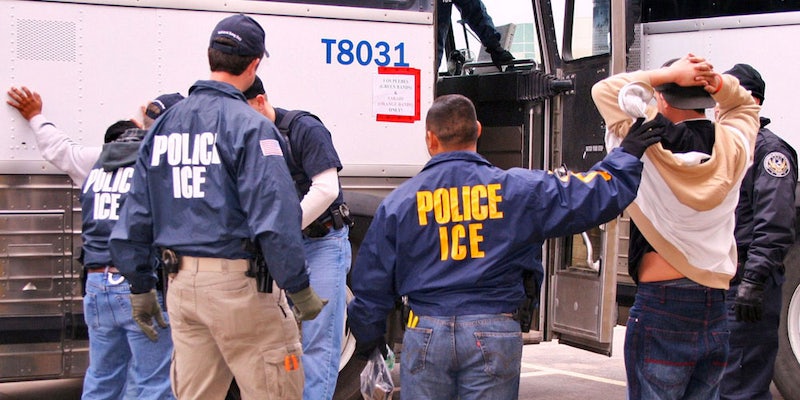 ICE and CBP agents must now have 'individualized suspicion of illegal contraband' before conducting searches.

Suspicionless searches of travelers’ electronic devices at U.S. ports of entry are unconstitutional, a federal court in Boston ruled on Tuesday.

The decision was made after a lawsuit was brought forth by numerous civil liberties groups on behalf of 11 individuals who had their phones and laptops searched by federal agents.

The group of travelers were represented by the American Civil Liberties Union (ACLU), Electronic Frontier Foundation (EFF), and ACLU of Massachusetts.

BREAKING: In a major victory for privacy, a federal court ruled today that the government’s suspicionless searches of international travelers’ smartphones and laptops at airports and other U.S. ports of entry violate the Fourth Amendment. pic.twitter.com/SJDIERJdV5

The EFF states that the ruling bars Customs and Border Control (CBP) and Immigration and Customs Enforcement (ICE) from searching devices at locations such as airports and the U.S.-Mexico border unless agents have “individualized suspicion of illegal contraband.”

Esha Bhandari, a staff attorney with the ACLU’s Speech, Privacy, and Technology Project, says the court’s decision puts an end to “suspicionless fishing expeditions” that have become commonplace across the country.

“This ruling significantly advances Fourth Amendment protections for millions of international travelers who enter the United States every year,” Bhandari said in a statement. “By putting an end to the government’s ability to conduct suspicionless fishing expeditions, the court reaffirms that the border is not a lawless place and that we don’t lose our privacy rights when we travel.”

Statistics show the number of searches by federal agents at ports of entry has dramatically increased over the past several years. In 2018, more than 33,000 searches were carried out by CBP alone.

The EFF cites numerous incidents in which federal agents used their power to search through sensitive information, including attorney-client communications. Another case surrounds an immigration officer at a Boston airport who denied a Harvard student entry. The officer’s decision was made after he reportedly took issue with social media posts from the student’s friends in which they criticized the U.S. government.