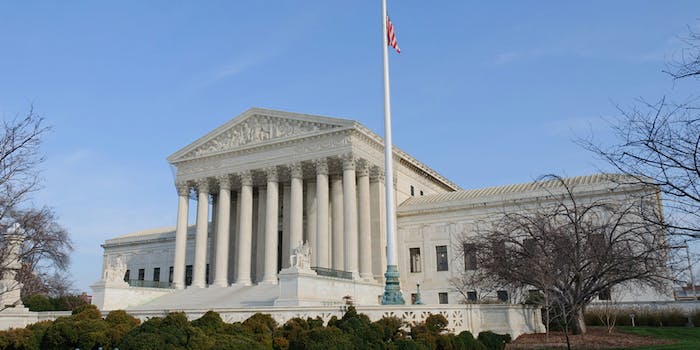 The decision will impact thousands currently in detention.

The U.S. Supreme Court voted on Tuesday to overturn a ruling that guaranteed periodic bond hearings for non-citizens facing deportation, including those with permanent legal status.

In a vote of 5 to 3, justices reversed a ruling by U.S. Court of Appeals for the 9th Circuit and reverted the case back to the lower court—and refusing to make a judgment on whether the Constitution requires such bond hearings under due process.

The class-action lawsuit had been brought by immigrants currently in custody with the help and representation of the American Civil Liberties Union. Some of the claimants have passed initial screening and are seeking asylum while others are detained permanent residents facing deportation for having committed certain minor crimes.

The San Francisco-based lower court had ruled in favor of the immigrants, extending them individualized bond hearings after six months of detention and ruling the government must prove after six months that continued detention is justified.

Justice Samuel Alito criticized the lower court’s “utterly implausible” interpretation of the relevant statute in his judgment, saying that “there is no justification for any of the procedural requirements” posed.

“The many thousands of individuals involved in this case are persons who believe they have a right to enter into or remain in the United States, and a sizable number turn out to be right,” he said, reminding other justices that thousands of these individuals can sometimes be detained for years at a time.

“The decision is a setback for immigrants and immigrant rights groups who have argued for years that these bail hearings are necessary,” said Stephen Vladeck, a professor of law at the University of Texas, on CNN.

“But the court left open the bigger question of whether the Constitution requires such hearings, meaning that these same plaintiffs can now make that claim in the lower court.”

The Supreme Court’s decision came on what was the second hearing of arguments. The first had resulted in a deadlock during the Obama administration, but this latest decision will have added significance in light of President Donald Trump’s promise to tackle immigrant crime.