Avert your eyes (from the bad takes).

Given how much of a slog last year’s Super Bowl was—a 13-3 bore between the Patriots and Rams—any bit of entertainment would have been considered a marked improvement.

But this year did one better, delivering a genuinely enjoyable game, with the Chiefs mounting an impressive fourth-quarter comeback. And it also had halftime show that was unfathomably better than Adam Levine’s tired dancing. 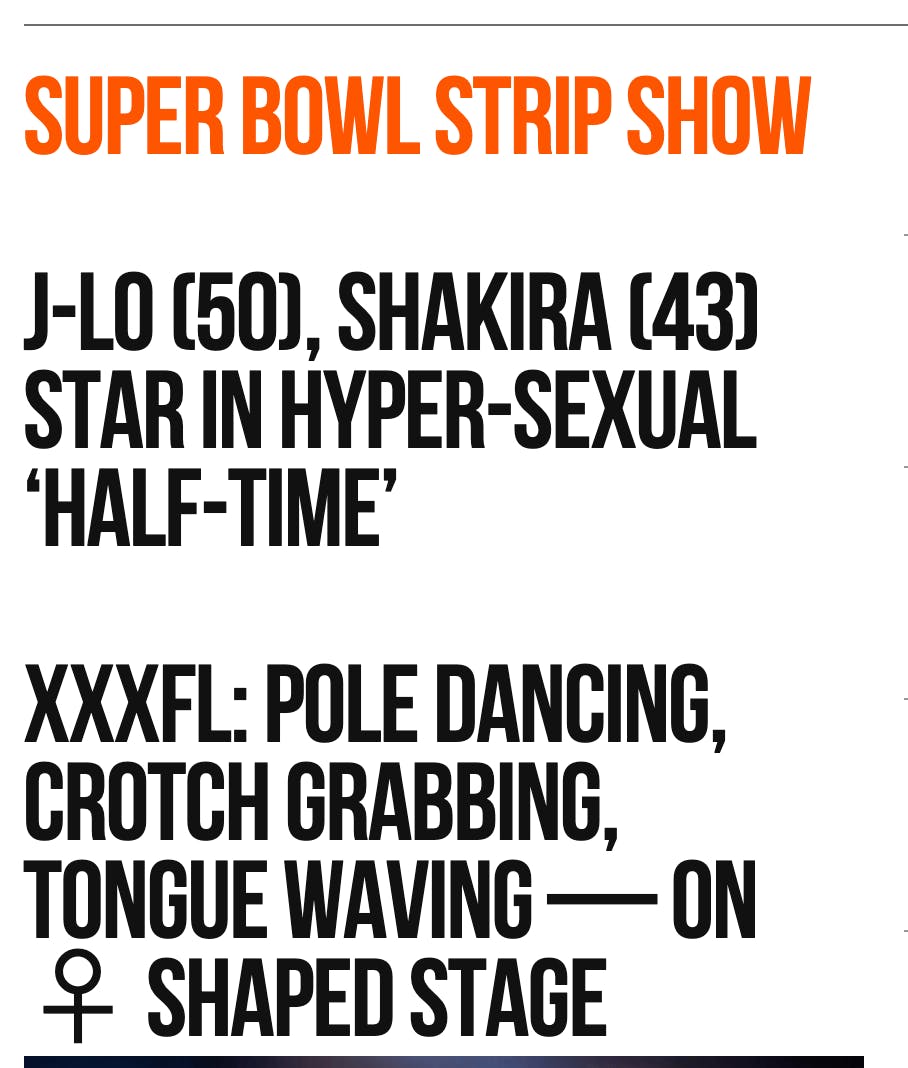 Highlighting the age of Shakira and J-Lo for some reason, Breitbart deemed the show the “XXXFL” thanks to its “pole dancing, crotch grabbing, tounge waving” and having the audacity to do it all on a Venus symbol.

That these folks couldn’t handle a little hotness from some adult women at halftime made them the target of internet mockery.

So conservatives are pivoting from “Why do Muslims FORCE their women to cover up?!” to “Look at these jezebels showing all that skin!!”

They don’t support “hyper-sexual” entertainers, but they sure are ok with “grabbing them by pussy” and sexual assaulting little boys and little girls. https://t.co/1OQnZOvPED

However, there was one leading conservative voice who was willing to declare the show to his liking.