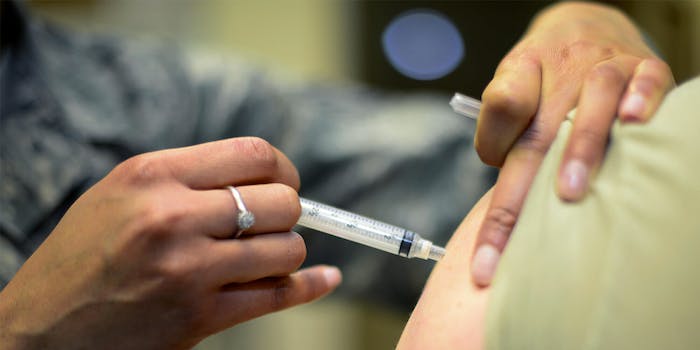 Study comes as the U.S. grapples with the worst measles outbreak in 25 years.

The study further warns that the spread of anti-vaccine misinformation by “accounts masquerading as legitimate users” erodes the public consensus on the effectiveness of vaccination.

News of the study comes as the U.S. faces the worst measles outbreak in 25 years. The Centers for Disease Control and Prevention (CDC) said Thursday that 940 known cases of measles have been reported so far this year.

“This is the greatest number of cases reported in the U.S. since 1994 and since measles was declared eliminated in 2000,” the CDC said.

Numerous tech companies have responded to the outbreak by clamping down on anti-vaccination rhetoric.

YouTube has also taken steps to make anti-vaccination content less prominent on its platform and has banned ads from being run on such videos.

Facebook announced last March that it would downgrade any groups or pages “that spread misinformation about vaccinations” while Instagram has removed anti-vaccine content from its explore feature and hashtag pages.

A report from the Wall Street Journal on Thursday, however, found that Facebook was still running paid ads for a prominent anti-vaccination group.