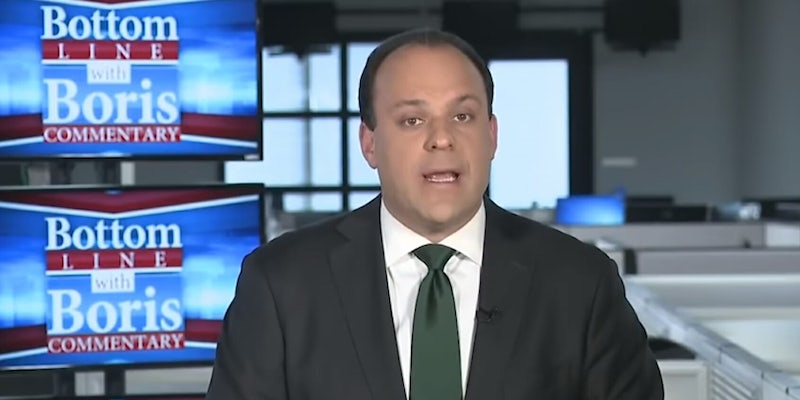 The broadcasting conglomerate has been criticized for being pro-Trump.

Sinclair Broadcasting Group, the pro-President Donald Trump local TV conglomerate that could soon own a vast majority of outlets in the U.S., forced its networks to air a segment that tried to paint the current administration policy of separating undocumented immigrant children from their families in a more positive light.

In it, Epshteyn argues that the debate surrounding the Trump administration’s policy was “toxic.”

“Many members of the media and opponents of the president have seized on this issue to make it seem as if those who are tough on immigration are somehow monsters,” he says in the spot. “Let’s be honest, while some of the concern is real, a lot of it is politically driven by the liberals and politics and the media.”

The unabashed pro-Trump spot continues: “President Trump has correctly decided to step in and sign an executive order that will stop the separation of children from their families at the border. The president is working to show that it is possible to balance humanity with security for our borders.”

Vox posted a YouTube video of Epshteyn’s remarks; however, the video appears to have been taken down because of a copyright claim by Sinclair.

The debate about the Trump administration’s decision to separate undocumented children from their families has sparked debate in recent weeks.

On Wednesday, Trump signed an executive order that essentially told the government to stop separating families in detention—which was a policy his administration began vigorously enforcing last month.

You can read all of Vox’s report here.