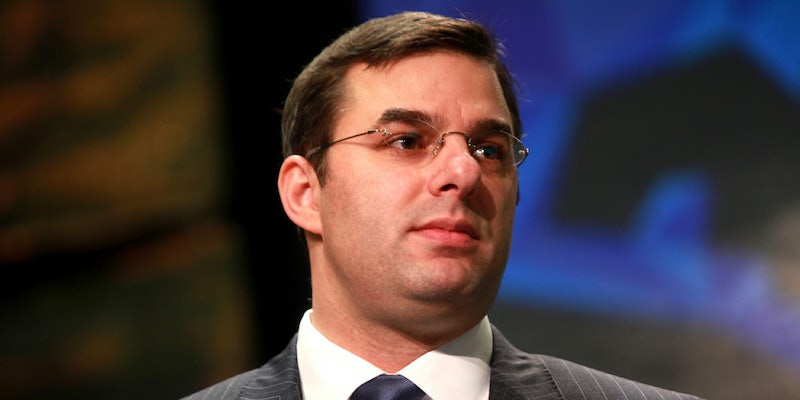 The amendment was backed by a number of civil rights and internet rights groups.

The House of Representatives voted on Tuesday against an amendment that would have reigned in some warrantless government surveillance under Section 702 of the Foreign Intelligence Surveillance Act.

The amendment was introduced by Rep. Justin Amash (R-Mich.) and Rep. Zoe Lofgren (D-Calif.). It has the backing of a number of internet rights and civil rights groups including Fight for the Future, the Electronic Frontier Foundation (EFF), and the American Civil Liberties Union (ACLU), among others.

The amendment would have amended Section 702 of the Foreign Intelligence Surveillance Act.

Section 702 allows the National Security Agency (NSA) to collect information on foreign targets without a warrant. However, Americans’ communications can be part of what is collected when they talk with non-U.S. citizens abroad.

The amendment from Amash and Lofgren would have withheld funding for Section 702 unless the government commits to not “knowingly collect the data of people communicating from within the U.S. to other U.S. residents, and who are not specifically communicating with a foreign surveillance target,” according to EFF.

The ACLU noted that the amendment would block funding for Section 702 where “neither party to a communication is a foreign surveillance target” and “communication is entirely domestic.”

“This amendment would have finally closed legal loopholes that the U.S. government has abused to conduct sickening and pervasive monitoring and collection of the most intimate details of our lives,” Evan Greer, deputy director of Fight for the Future, said in a statement. “Congress should do their job by defending the Constitution and enacting comprehensive legislation to ban mass government spying, outlaw use of facial recognition technology by law enforcement, and hold corporations accountable for collecting and misusing our data.”

The amendment also garnered support of some lawmakers in the Senate, like Sen. Ron Wyden (D-Ore.), who before the vote, urged for it to pass.

.@justinamash and @RepZoeLofgren have been longtime partners in the fight to protect Americans' privacy by supporting my bill with @RandPaul to fight warrantless surveillance of American citizens. The House must pass their amendment to preserve Americans' civil liberties. https://t.co/NYRCMBVerK