He appears to be referencing a CNN segment. 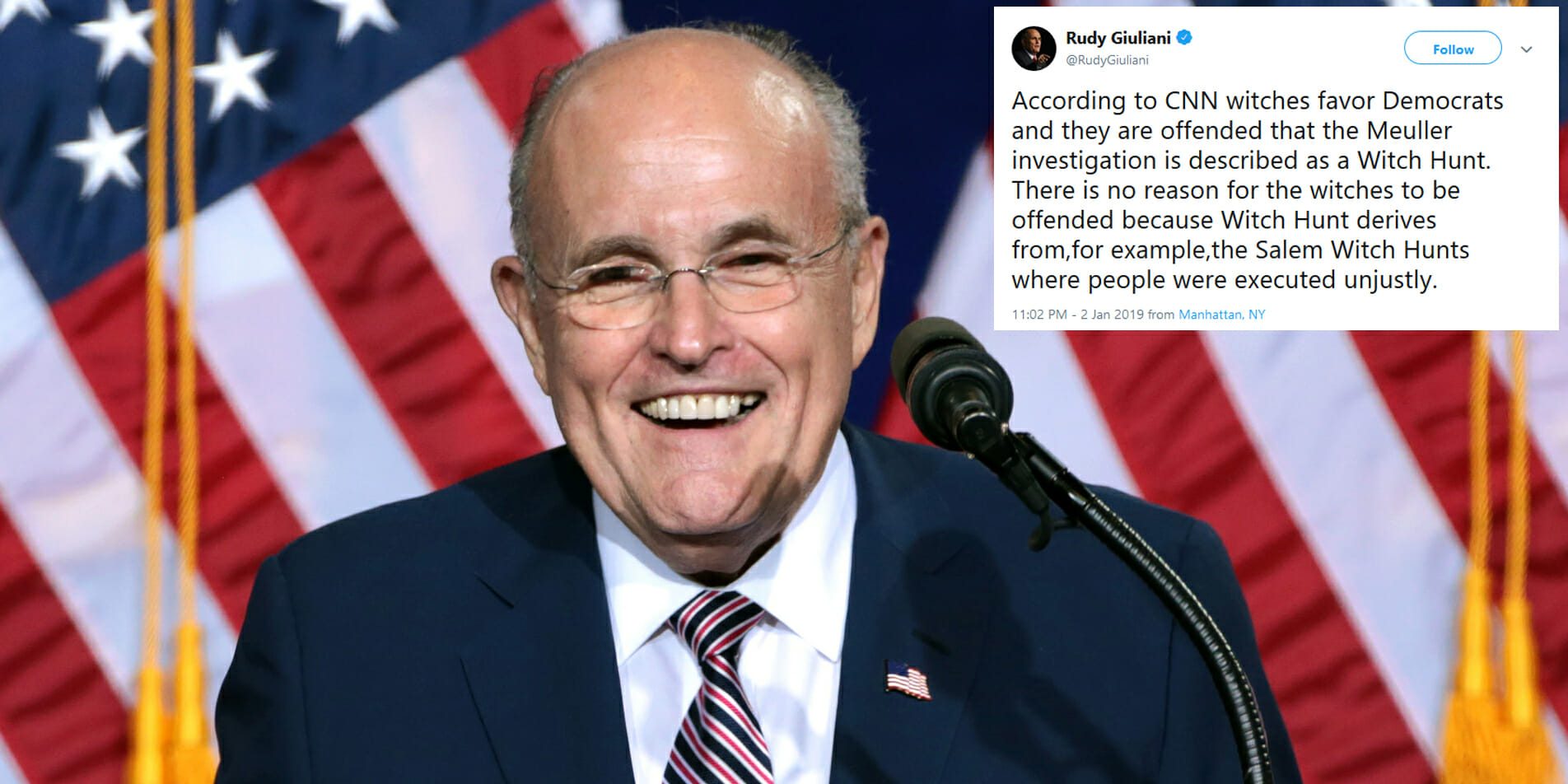 Rudy Giuliani, a lawyer for President Donald Trump and former New York City mayor, does not seem to understand why witches are offended by his use of the term “witch hunt” to describe Special Counsel Robert Mueller‘s probe.

Giuliani made the remarks in a tweet on Wednesday night and appears to be referencing a segment aired by CNN over the holidays, according to Mediaite.

During the segment, several witches spoke with the news outlet, and the author of Witch Craft Activism said the president using the term was “really disgraceful.” The segment said many witches tend to lean toward liberal ideologies.

Apparently, Giuliani didn’t see much of a problem with Trump using the term.

“According to CNN witches favor Democrats and they are offended that the Meuller investigation is described as a Witch Hunt,” he tweeted, misspelling “Mueller.” “There is no reason for the witches to be offended because Witch Hunt derives from,for example,the Salem Witch Hunts where people were executed unjustly.”

According to CNN witches favor Democrats and they are offended that the Meuller investigation is described as a Witch Hunt. There is no reason for the witches to be offended because Witch Hunt derives from,for example,the Salem Witch Hunts where people were executed unjustly.

The Salem Witch Trials were also referenced in the CNN segment. Last month the Daily Beast reported that many in the witch community were upset with the president’s use of the term “witch hunt.”

There are many problems with this but I can’t get over mansplaining Salem to witches https://t.co/lGTQck5Dnk

You see, back in those days, rich men would ride around in Zeppelins, dropping coins on people, and one day I seen JD Rockefeller flying by. So I run of the house with a big washtub. I'd just used it that morning to wash my turkey, which in those days was known as a walking-bird. https://t.co/JQnziKlv5s

Giuliani’s tweet didn’t have any mistaken links in them at least—several of which have been added to his tweets in recent weeks.