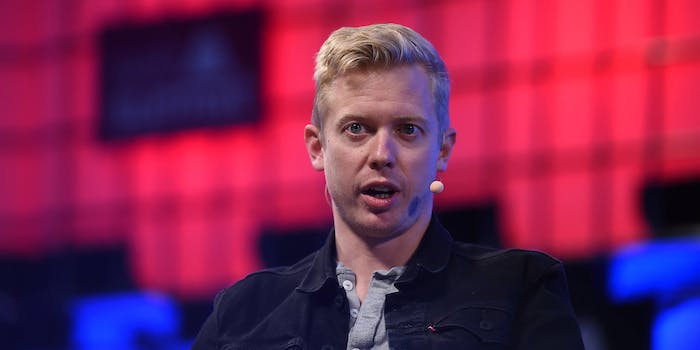 Concerns have been raised about TikTok's handling of user information.

Reddit CEO Steve Huffman called the popular video app TikTok “fundamentally parasitic” at an event on Wednesday, according to a new report.

Tech Crunch reports that Huffman made the remarks during a panel discussion at the “Social 2030” conference on Wednesday.

“Maybe I’m going to regret this, but I can’t even get to that level of thinking with them,” Huffman said during a conversation about whether startups could learn from TikTok. “Because I look at that app as so fundamentally parasitic, that it’s always listening, the fingerprinting technology they use is truly terrifying, and I could not bring myself to install an app like that on my phone.”

Huffman later added “I actively tell people, don’t install spyware on your phone,” according to the news outlet.

TikTok has become extremely popular since 2018, but has also faced its fair share of scrutiny.

Several parts of the United States government have banned the use of the app—which is owned by a China-based company—from government-issued phones, with the US Army deeming it a “cyber threat.”

In early 2019, the company also agreed to pay $5.7 million to the Federal Trade Commission (FTC) to settle allegations that it illegally collected information on underage users, violating the Children’s Online Privacy Protection Act.

Concerns have also been raised about the company’s handling of U.S. citizen’s data because it is owned by a China-based company. However, TikTok has pushed back at that notion, saying that U.S. user data is stored in the U.S. Last year, two senators called for a national security review of TikTok.

You can read all of the Tech Crunch report here.