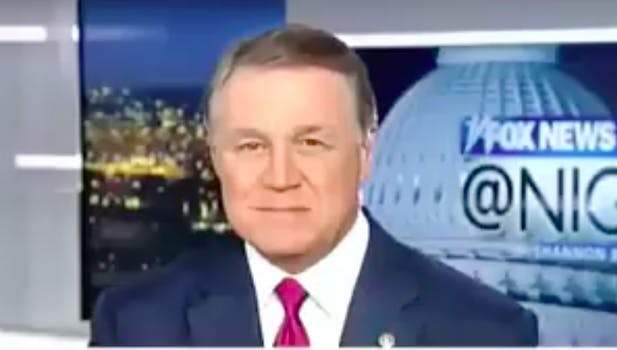 On Saturday, Sen. David Perdue (R-Ga.) took a constituent’s phone while he was campaigning for Brian Kemp for governor on Georgia Tech’s campus.

The constituent was with the Young Democratic Socialists of America at Georgia Tech (YDSAGT)  and confronted Perdue about his support of Kemp, who is currently being sued by the Campaign Legal Center and Lawyers’ Committee for Civil Rights Under Law for holding up 53,000 voter registrations in the state of Georgia. Kemp, who is currently the Secretary of State of Georgia, is running against Stacey Abrams who, if she wins in November, will be the first African-American female governor in United States history.

According to an analysis by the Associated Press, the majority—nearly 70 percent—of the registrations being held by Kemp’s office belong to African-American voters.

The video shows Perdue being confronted by someone who the YDSAGT says is a Tech student. The student starts asking a question—”How can you endorse a candidate-”—but doesn’t even finish before Perdue says, “No, I’m not doing that,” and grabs the student’s phone.

According to a statement put out by the YDSAGT, “It’s clear that Perdue suddenly snatched the phone with the attempt to temporarily deprive the student of their property so they could not continue to record him.”

“It is our belief, and the belief of the student, that Perdue committed the Georgia crime of Theft by taking and Robbery. The student is considering filing a police report with campus police.”

According to his website, Perdue was one of the earliest supporters of Donald Trump for president, and continues to be one of his closest allies. He was also a Fortune 500 CEO before running for office in 2014. Perdue did not respond to a request for comment by press time.