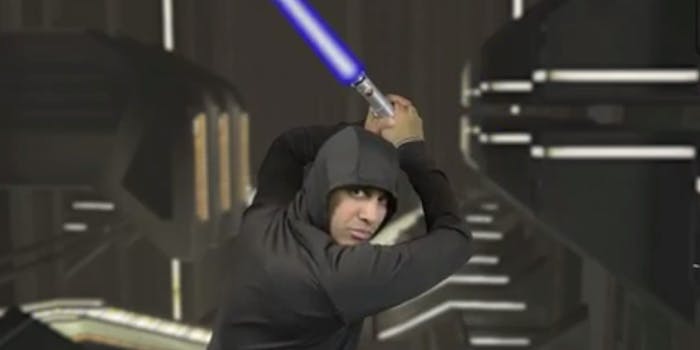 You have to see it to believe it.

The Federal Communications Commission (FCC) is scheduled to vote today to kill net neutrality rules, much to the dismay of a large swath of the public.

The FCC plans to rescind the 2015 Open Internet Order, which codified net neutrality rules, ensuring that all internet traffic must be treated equally. Critics of the plan say it will open the floodgates for internet service providers (ISPs) to “slow down” or “speed up” certain internet traffic or block legal content.

Nevertheless, as the vote nears, FCC Chairman Ajit Pai, an appointee of President Donald Trump, attempted to mock the critics of his plan with a video. Meanwhile, the agency’s own chief technology officer expressed concern over the plan.

He does not mention how ISPs might slow down the speed of a streaming service, such as Netflix, and speed up their own. You can watch it here: